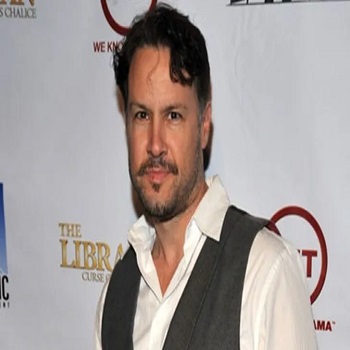 Noah Blake, an American actor, and producer, was born to actor parents and has been working professionally since the mid-80s. Blake rose to prominence in the film industry with his performance as Brett Douglas in Harry and the Hendersons (1989). (1991-93).

Noah Luther Blake was born in Los Angeles, California, on February 1, 1965. He is a citizen of the United States. Blake’s father, actor Robert Blake, and mother, actress Sondra Blake, divorced when Noah was 18 years old in 1983.

Delinah Blake is his younger sister (born in 1966).

The father has filed for a third divorce. At the age of 85

In 1991, Robert Blake met Bonnie Lee Bakley, who was dating Christian Brando at the time of their meeting. When Bonnie became pregnant, the question of whether Brando or Blake was the father arose. After a DNA test revealed that Robert was the biological father of their daughter Rosie, the couple married on November 15, 2000, but divorced only a year later on May 4, 2001.

In an interview at the age of 82, the Baretta actor revealed his ongoing relationship. Pamela Hudak, his fiancee (third wife), and he married in April 2017. However, their marriage was short-lived, since Robert Blake filed for divorce in 2018 at the age of 85.

Unlike his father’s unsuccessful marriages, Noah Blake appears to be enjoying the benefits of his love life. He is currently married to Allie Lind, who is an actress, activist, and musician, according to her Instagram profile (@look its Allie).

Blake and Lind got engaged on December 4, 2019, after dating for several years and sharing the news on their separate Instagram accounts. Blake uses the username @im noah blake on Instagram.

Then, on August 8, 2020, they married, which they announced on August 10 via an Instagram post, with lovely wedding photos starring Noah in a black tuxedo and Allie looking stunning in a white floral gown.

They haven’t had any children together yet. The couple is open about their relationship and frequently mentions each other on social media. As a result, supporters are hoping that the adorable couple will announce their pregnancy soon.

Noah’s on-screen passion and acting fame began at a young age, thanks to a family history of performing. But it wasn’t until 1986 when Blake, at 20 years old, made his television debut in the sitcom My Sister Sam.

Blake played Brett Douglas in the 48-episode TV series Harry and the Hendersons (with Bruce Davison, Molly Cheek, and Zachary Bostrom) from 1991 to 1993.

Noah most recently worked as Ethan Campbell in the TV series Red Rooms after completing Who Is Like God (short) and Dog Dreams (short) (2020, under post-production).

Blake’s net worth is predicted to be $1 million as of November 2020. Noah makes a good living as a director and teacher in addition to being an actor with over three decades of experience. Despite the fact that he has never revealed his salary or real estate holdings, the American actor appears to live a comfortable life.

As a matter of fact, according to Celebrity Net Worth, his father Robert Blake has a net worth of -$3 million in 2020.