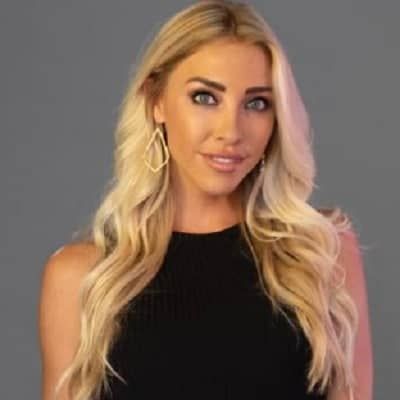 Her net worth is now worth more than $1 million.

Do you know Who is Olivia Harlan?

Olivia Harlan was born on April 9, 1993, in Kansas City, Missouri, USA, and is a sports reporter best known for her work as a college football reporter for ESPN and the SEC Network. She is also well-known for hosting the ACC All Access show and working as a traveling sideline reporter for the Atlanta Hawks basketball team on FOX Sports Southeast.

Olivia Harlan was raised in her hometown with three siblings by her father, Kevin Harlan, and mother, Ann Harlan. Her father, Kevin Harlan, is a well-known television and radio sports commentator, and her grandfather, Bob Harlan, was the President and CEO of the Green Bay Packers National Football League (NFL) team for more than 20 years.
Olivia enrolled in the University of Georgia’s Grady College of Journalism and Mass Communication to study Digital and Broadcast Journalism, graduating with honors in 2014. Olivia wrote reports for the university’s website and was in charge of creating and hosting “Dawg Sitting,” a weekly segment that focused on a different football player each week. She also did reports for the Bulldogs, a college team, and hosted “Game Day” on Saturdays.

Olivia made her breakthrough in 2013, when she was named co-host of a daily web series for her grandfather’s former NFL team, the Green Bay Packers. Furthermore, the following year, she began working as an SEC and ACC football correspondent for Fox Sports South and Raycom, which increased her net worth significantly.

Her career began in 2010, and she has been an active member of the sports industry since then, primarily as a sports reporter. So, if you’ve ever wondered how wealthy Olivia Harlan is, some authoritative sources estimate that her net worth is now worth more than $1 million.

In terms of her personal life, Olivia Harlan has been engaged to professional basketball player Sam Dekker, who currently plays for the Los Angeles Clippers, since May of 2017. They began dating in 2016, but their wedding date is still unknown.