On Twitter, Bretman Rock makes jokes about being single, although he was once dating a secret boyfriend

Bretman Rock, a social media sensation, has revealed almost everything about his life with the world, from high school to personal concerns. When it came to his romantic life, though, he preferred to keep it quiet. 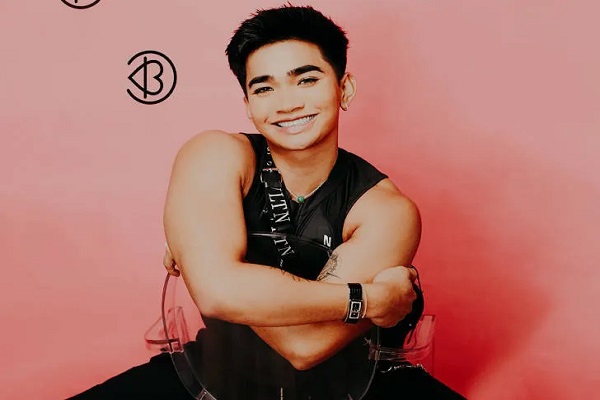 Bretman Rock has been candid about his personal life, which is recognized for his colorful personality and uncompromising authenticity. He is so open about his current relationship status—he is very much single—that he has no qualms about expressing it. However, the social media influencer was formerly involved in a secret romance that he kept hidden from his fans.

His Former Relationship And Being Single

The Filipina-American social media star and beauty influencer is currently single. In February 2021, he joked about it on Twitter.
He may be alone today, but he was dating a mystery man a year ago. He tweeted in February 2020 that he shared just much everything about his life with the world, from high school to personal matters, but that he would rather keep his love life private. He also asked that people respect his decision.

On the same day, he stated that his ex-boyfriend didn’t have any social media handles in another tweet. He appeared to be irritated that the couple’s privacy was being violated.

Furthermore, in April 2020, he sent out another angry tweet. The message continued by assuring followers that they would not be able to trace his boyfriend online and advising them not to believe “detective losers” who make assumptions.

On his social media accounts, Rock would frequently talk about his ex-boyfriend. On Valentine’s Day 2020, he tweeted him a heartfelt message.
His partner did his makeup in a YouTube video he put on his channel. The boyfriend’s face, on the other hand, was never in the frame, thus his identity has remained a mystery to this day. Although Rock pulled down the video itself, his tweet about it is still available online.
His ex-boyfriend was mentioned in several additional tweets, but his face was never shown in any of them.

The joy was short-lived, as Rock broke the news of their breakup on Twitter. “Girl, I got something to tell y’all…” he stated in his first tweet. A second tweet followed, in which he made an unusual request to his followers.

Fans were encouraged to hunt for the fifth suggested Big Sean song on Spotify, according to the comic.
That’s exactly what we did, and the song in question is called ‘Single Again.’ That was definitely a unique way to announce a breakup!

Related Posts of On Twitter, Bretman Rock makes jokes about being single, although he was once dating a secret boyfriend