On Valentine’s Day, Eric Andre revealed his partner, giving us a glimpse into his dating history.

Eric Andre, the creator, host, and co-writer of the Adult Swim comedy series The Eric Andre Show, just revealed his relationship on Valentine’s Day 2021 via Instagram. His girlfriend’s identity has remained a mystery. 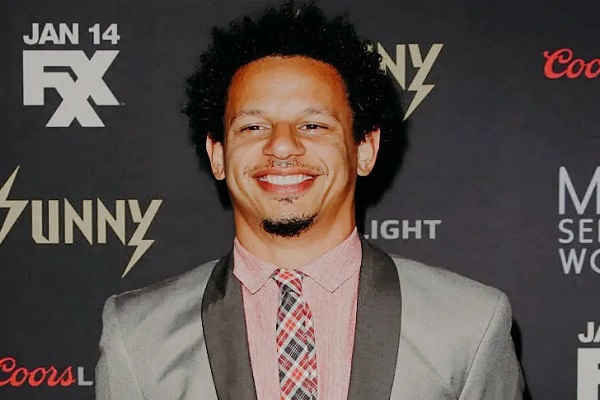 Eric Andre, the creator, presenter, and co-writer of the Adult Swim comedy series The Eric Andre Show, confirmed his relationship with a lovely lady on Valentine’s Day via Instagram.

On February 14, 2020, the comedian uploaded two black-and-white photos with his new partner on his official social media account. With a kiss and a pink heart emoji, he wished her a happy Valentine’s Day and called her “bb.”

Despite the fact that Andre’s ladylove’s name remains a mystery, the two looked happy to be together, arms wrapped around each other. In the second portrait, his girlfriend gave him a sweet back embrace while he grinned brightly at the camera.

The actor wore a high neck with a coat in the photos, while his partner looked stunning in a dress with spaghetti straps, a big pair of earrings, and her hair pulled back. Andre completed his ensemble with a neck chain and a pocket scarf.

Since then, fans have been bombarding Instagram with comments. While many people were astonished to learn that the actor had a new girlfriend, many others wished the couple well on their new journey.

Byron Bowers, a comedian, jokingly commented, “When was this photograph taken? 1890?” Because the photos were black and white, and because of their dress, they gave off a vintage prom vibe. “Is this a prom photo?” one user wondered. According to another user, “Do you have a female companion? I’m taken aback.” “Stunning!! â¤ï¸â¤ï¸â¤ï¸”yet another fan chimed.

It’s not the first time he’s made his girlfriend’s identity public on Valentine’s Day. On Valentine’s Day, three years ago, the 37-year-old comic introduced his fans to his then-girlfriend through a social media post. The image, however, has since been removed. He didn’t reveal the lady’s identity even then.

Andre went to the Philippines with his then-girlfriend, a mysterious brunette, in March 2018. On her birthday in October 2018, the actor shared a heartfelt message on social media.

In April of this year, the Bad Trip star shared another photo with a blond lady. With a sweet Instagram post, he wished her a happy birthday. The message went on to spread a rumor about a possible relationship. However, the photos were removed before anyone could learn more about her.

In 2017, Andre and American actress Rosario Dawson made their romance public via a tweet on Valentine’s Day. In the description of the now-deleted image, the actor referred to his then-girlfriend as “the undeniable most lovely creature on the earth.” “I love you bb?” he wrote alongside it.

While many users applauded the pair, others, such as Chance the Rapper, believed it was all a joke. Andre responded by posting a few of images of them touching tongues to confirm their relationship. “I suppose we have to touch tongues… people assume this is a hoax,” he captioned one photo.

Dawson expressed her disapproval of Andre releasing their personal photos online in a 2017 interview with Stephen Colbert. She also said that the actor was there for her after she underwent emergency ovarian surgery to repair a burst cyst.

“He took care of her in an adult diaper…and that is love.”

Dawson also thanked him for his support on her official Instagram account, where she posted photos of her and Andre in the hospital in September 2017. She claimed in the now-deleted post that it had been a year since she had ovarian surgery and that it was the first time she had spoken her true sentiments to him.

“This weekend marks a year since I had to have emergency surgery to stem internal bleeding from a ruptured cyst on my ovary,” she said in the caption. It was the first (and certainly not the last) time I told @ericfuckingandre that I loved him.”

Unfortunately, the couple split up not long after that. Their split was first reported by Us Weekly in November 2017. According to the insider, the comedian was never serious, and the relationship simply ended.

From 2012 through 2014, Andre was in a relationship with Tatyana Ali, the star of The Fresh Prince of Bel-Air. Despite being seen together at multiple public events, the ex-couple kept their romance low-key.

In addition, in October 2015, allegations of a relationship between American TV personality Amber Rose and Andre erupted on social media after she referred to him as her “man crush.” The presenter of The Eric Andre Show responded by referring to her as his “lady crush.”

Rose also shared an Instagram photo with Andre, which the actor later reposted. The allegations faded down once they removed the photos from their separate social media accounts.

Related Posts of On Valentine’s Day, Eric Andre revealed his partner, giving us a glimpse into his dating history.