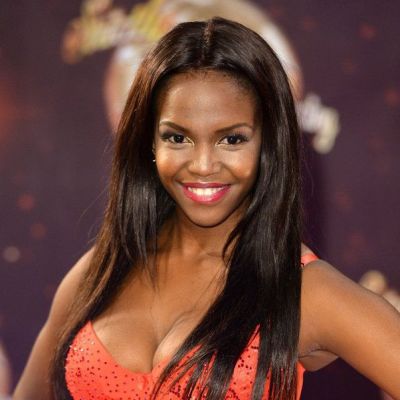 Do you know Who is Oti Mabuse?

Oti Mabuse was born in Pretoria, South Africa, on August 8, 1990. In 2020, she will be 30 years old. Her elder sister is Motsi Mabuse. Her sister is a professional ballroom dancer as well. Motsi also performed on the German television show Let’s Dance as a professional dancer and judge. Oti is of South African origin. Her forefathers are black. She graduated from university with a degree in civil engineering. She did, however, drop out of school to pursue a career in dancing.

With her mesmerizing dance, Oti won the South African Latin American Championship eight times. She subsequently moved to Germany to extend her dance horizons. Oti Mabuse placed third in the World Cup Freestyle Latin and second in the European Championship Latin in 2014. She also earned first place in the PD Freestyle Latin German Championship. Oti has likely amassed a substantial fortune as a result of her successful career, but her exact net worth is unclear. Her annual salary as a choreographer for Strictly Come Dancing is expected to be more than $200,000.

She married Marius Lepure, a Romanian dancer, in 2016. They originally met during a dancing competition in Germany. They have also been on Strictly Come Dancing and participated in different dance contests.

Both are professional dancers, and in 2017, Marius performed in a group performance on the BBC One dancing competition. Marius proposed to Oti in 2014, and they married after two years of engagement. On social media, Oti routinely posts images of herself and her spouse. In January 2020, Oti and Marius had a romantic trip to Italy. The pair has a nice marriage and a wonderful life together.

Strictly Come Dancing’s Oti Mabuse has been left “devastated” after a 3 a.m. hotel nightcap with her dancing partner Kelvin Fletcher. Several accusations that she and Kelvin are in a romantic relationship have been made, which both parties have officially refuted. Kelvin Fletcher from Emmerdale and professional dancer Oti Mabuse won Strictly Come Dancing 2019 last year.

However, various speculations have circulated that the two had been romantically engaged since the competition. “Oti is a wonderful asset for the program,” a BBC insider said, “but at the moment she is quite angry and disturbed by all the stories and is left to question ‘do I need all this BS?'” Oti is a married lady who admires Kelvin’s wife, thus she would never carry it like this. They even claimed to be nothing more than dancing partners and good friends.

Oti has beautiful black eyes and hair. She stands 5 feet 4 inches (163 cm) tall and weighs around 57 kg. Her physical dimensions are 36-24-36 inches. She also spends a lot of time on social media.