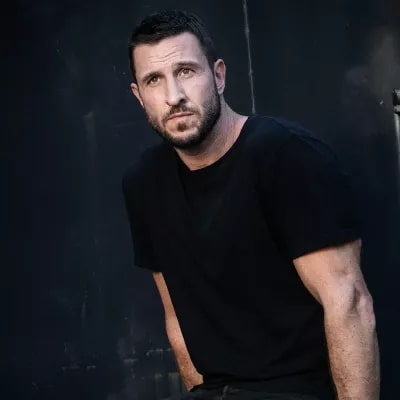 Pablo Tell Schreiber was born on April 26, 1978, in Ymir, British Columbia, Canada, to parents who were of Dutch, Danish, French, English, German, Swiss, Belgian, Welsh, Norwegian, Irish, and Scottish ancestry. He was born in a hippie commune, but his parents moved him to Winlaw, British Columbia, a rural unincorporated area, when he was six months old, where he attended Winlaw Elementary School.

His father, Tell Carroll Schreiber, is an American actor; he has a half-brother, Live Schreiber, from his father and his first wife, whom he divorced five years before Pablo’s birth. Lorraine Reaveley, a Canadian psychotherapist, is his mother. On his mother’s side, he may have two older half-siblings, but this has not been confirmed. Pablo’s parents divorced when he was 12 years old, and he moved to Seattle, Washington State, USA, with his father.

He went on to play basketball at the University of San Francisco after matriculating. Pablo then transferred to Carnegie Mellon University in Pittsburgh, Pennsylvania, where he earned a theatre degree in 2000.

He was nominated for a Tony Award for his performance in “Awake and Sing!” in 2006. The production was a revival of Clifford Odets’ classic play, directed by Bartlett Sher. Pablo was also making his Broadway debut. Throughout his career, he has appeared in several Broadway and Off-Broadway productions, including “Reasons to be Pretty” by Neil LaBute at MCC in 2007, “Mr. Marmalade” at Roundabout in 2005, “Sin: A Cardinal Deposed” at The New Group in 2005, and “Julius Caesar” at the New York Shakespeare Festival.

In 2008, he received a Drama Desk Award for his performance in “Reasons to be Pretty,” and in 2011, he appeared in the Off-Broadway production “Gruesome Playground Injuries” at Second Stage Theatre.

In the 2001 film “Bubble Boy,” Pablo portrayed Todd. Blair Hayes directed the comedy, which starred Jake Gyllenhaal and was written by Ken Daurio and Cinco Paul. The 1976 film “The Boy in the Plastic Bubble” influenced the film. Ken and Cinco then wrote a musical adaptation of the film, which premiered in 2008.

He portrayed Eddie Ingram in “The Manchurian Candidate” in 2004. The neo-noir psychological, political thriller was based on Richard Condon’s 1959 novel of the same name and was a remake of the 1962 film. Jonathan Demme directed the film, which starred Denzel Washington as a tenacious soldier named Bennett Marco.

In 2007, he married Jessica Monty, a health counselor, cook, and yoga instructor. Jessica filed for divorce shortly before Christmas in 2013, citing irreconcilable differences. The divorce was finalized two years later and was heavily ruled in Jessica’s favor. Timoteo and Dante, Pablo and Jessica’s two sons, have joint custody.

Pablo moved to California in 2016, where he currently resides, but he still considers himself a New Yorker – Pablo lived in Brooklyn, New York City, for a decade.