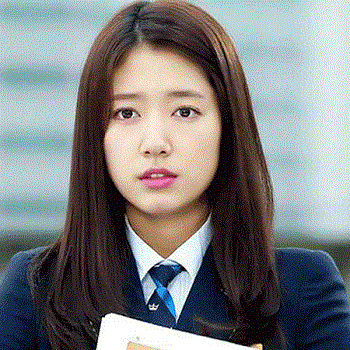 Park Shin-Hye is a stunning singer and actor. She rose to prominence as a melodramatic actress, appearing in films such as Stairway to Heaven and Tree of Heaven. She’s also known for her roles in TV dramas such as You’re Beautiful, The Heirs, Pinocchio, and Doctor Crush. Following the success of her hit drama Pinocchio, she became one of the most sought-after endorsers (2014-2015). She is also the first Korean celebrity to be named a global ambassador for Austrian jewelry brand Swarovski and the first Korean celebrity to be chosen as a model for Visa.

Park has been dating actor Choi Tae-Joon since late 2017, according to a report released on March 7, 2018.

Park Shin Hye was born in Gwangju, South Korea, on February 18, 1990. She is of Asian ethnicity and holds a South Korean nationality.

She was born in Gwangju and raised in Seoul’s Songpa District. She was a student at Seoul Young-Pa Girls Middle/High School in Seoul, South Korea. Her English teacher encouraged her to audition for Dream Factory when she was in sixth grade at Hak-Kang Elementary School in Gwangju.

In 2009, Shin-Hye transferred to Chung-Ang University. On February 15, 2016, she received her bachelor’s degree in theater from the university. Park Shin Hye lives with her parents and an older brother named Park Shin-Won in a small family. Her blood type is A, and she is an Aquarian. She is a member of the S.A.L.T. agency.

She is a devout Protestant. Park Shin Hye has appeared in a number of Korean dramas and films, as well as singing songs. Her voice made her a successful and well-known singer when she sang “Lovely Day” and “Without Words” on “You Are Beautiful.”

She eventually auditioned at Dream Factory and was accepted. She was not only trained as a singer there, but she also began acting classes and was taught to play the guitar and keyboard.

As a result, her family relocated to Seoul in 2001. Park Shin Hye’s first appearance on screen was in 2003. In Lee Seung-music Hwan’s video “Got” “flower,” she played the lead female role.

She was successful in landing the role of “Stairway to Heaven” in the same year. This drama catapulted her to fame and provided her with a foothold in the Korean entertainment industry. Following her success, she starred in a number of dramas, films, and music videos, both as a lead and as a supporting character.

Park Shin Hye’s current net worth is $3 million. She is paid $21,000 per completed episode. She is also a generous philanthropist who supports charities all over Asia.

Park Shin Hye is a woman who has never been married. She is not currently dating anyone (publicly). Park Shin Hye hasn’t said anything about her relationship. Her name has been taken by a number of Korean actors with whom she is dating, and the actor in question is her boyfriend. However, because Park Shin Hye has not revealed who her boyfriend is, it must be a rumor and a topic of discussion.

She has, however, stated that she dislikes her nose. This does not imply that she had completed her nose surgery. Even if you compare her old and recent photographs, there is no evidence that she has had any plastic surgery on her face, which means Park Shin Hye does not lie.

Park Shin Hye is one of Korea’s most popular and well-liked actresses. All the men want to marry her and have her as their wife. Well, the future will reveal who she will marry and who will be the luckiest man to marry her.

Park Shin Hye is a social worker in addition to being an entertainer. She has a long history of volunteering in the nonprofit sector. She has done charity work in Nepal and Ghana, and she is currently involved in a fundraising campaign to assist the people.

She goes unnoticed in social service because she keeps a low profile in this case and avoids the media in order to draw attention to her off-screen task. Everyone adores Park Shin Hye.

She has a sizable fan base. Follow her on Twitter, Facebook, and Weibo to stay up to date on her recent activities. For her fans, there are numerous pictures and information available on various websites.