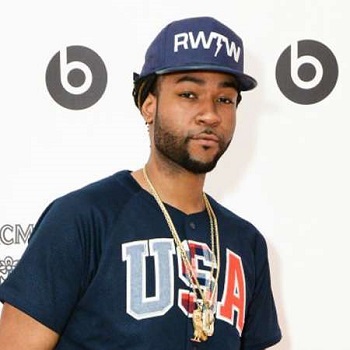 PARTYNEXTDOOR is PartyNextDoor’s stylized name. He was born on July 3, 1993, in Mississauga, Ontario, Canada, and is a rising Canadian singer, songwriter, rapper, and record producer. Jahron Anthony Brathwaite is his birth name. He got his name from an audio filter setting in FL Studio called ‘PartyNextdoor.’ His mother is Jamaican, and his father is Trinidadian. Jahron B was his stage name when he first started making music. Electronic dance music and R&B are among his works.

Applewood Heights Secondary School was where he went to high school. He moved to Los Angeles at the age of 17 and signed with Warner/Chappell as a songwriter. He did, however, choose to write for himself rather than for others.

PartyNextDoor rose to prominence as a result of Drake’s OVO label. On July 3, 2013, he released his first mixtape, ‘PARTYNEXTDOOR.’ It was made available through the iTunes store. His album debuted at number six on Billboard’s Heatseekers Album chart, selling over 2,000 copies.

By the end of the week of July 20th, the album was ranked 34th on the Top R&B/Hip-Hop Albums chart. PartyNextDoor also made his vocal debut as a background vocalist on several Drake songs, including ‘Own It’ and ‘Come Thru’ from his third studio album, ‘Nothing Was the Same.’

PartyNextDoor(PND) released his extended play ‘PNDColours’ the same year and began touring in cities across North America and Europe. PND rose to prominence as a songwriter after Rihanna’s song “Work” from her eighth studio album was released on January 27, 2016. The song remained at number one on the Billboard Hot 100 for a total of nine weeks. On March 25, 2016, he released ‘Come and See,’ which featured his studio mate Drake.

PartyNextDoor is said to be dating rapper Tyga’s ex-girlfriend Kylie Jenner this year (2016), but they are not married. They first met as friends and then expanded their relationship beyond the boundaries.

Kylie Jenner and her older sister Kendall both starred in PND’s ‘Recognize’ music video, which featured Drake and reached the top ten in the US R&B charts in 2014. “Diamond battle @Kyliejenner,” he captioned a photo of his and Jenner’s luxury diamond watch on his Instagram account. PND was rumored to have previously been linked to singer Kehlanj, who allegedly attempted suicide in March 2016.

He is 22 years old as of 2016. PND is taller than you might think, standing at 6 feet 2 inches (1.86 m). His exact weight is unknown, but based on rough calculations, he weighs around 70 kilograms. As stated in his bio, this Canadian artist’s net worth was estimated to be $1.5 million in 2016, and he would most likely earn a large salary. You can find PARTYNEXTDOOR on Twitter, Facebook, Instagram, and other social media platforms. His bio is also available on several websites, including Wiki.