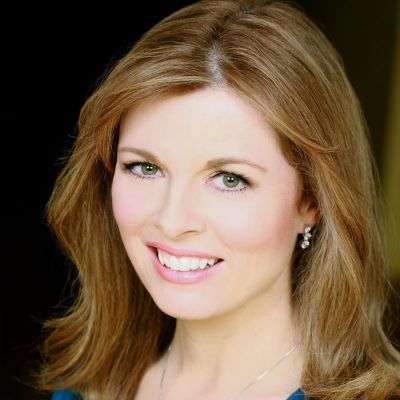 Patti Ann Browne, a reporter, and news anchor best known for her work with the Fox News Channel was born on September 10, 1965, in Queens, New York City, USA. She serves as a stand-in anchor for several other network programs and hosts the headline update during other programs.

Other than the fact that Patti Ann had an older sister and an identical twin sister, virtually little is known about her early life. It’s unclear how she came to discover her love for journalism, but she studied communications at Fordham University in New York City while co-hosting a music show for radio station WFUV-FM, where she also worked as a news director and anchor. Additionally, she interned for the television program “Every Day” and worked at Newsweek Magazine and Alternative Motifs, magazines published by Fordham University.

After earning her bachelor’s degree, she continued her education by enrolling in the New York Institute of Technology on a full scholarship and on a teaching assistantship to pursue a master’s degree in communication arts, where she taught news writing and production. She additionally worked there as a general assignment correspondent for the newscast “LI News Tonight.”

WSJV-TV in Indiana, an affiliate of Patti Ann Browne, was where Browne first held a full-time reporting and anchoring position. Patti Ann Browne later served as the head of the station’s Michigan Bureau before beginning her career in television as a news director and nightly anchor at WLIG TV 55 in New York City. Patti Ann Browne also worked part-time on the radio at WLIM-AM in Long Island, New York, primarily in the mornings. She then began working for News 12 Long Island, a 24-hour cable news channel, where she currently serves as the anchor of the station’s most popular three-hour morning newscast. She also completed general assignment reporting and fieldwork.

In addition to garnering attention for covering important local events like the Long Island Rail Road Shooting, the crash of TWA Flight 800, and the 1993 World Trade Center bombing, Browne also hosted the weekly half-hour news talk show “Reporter Roundtable” and reported on national events that had an impact on Long Island. She additionally provided updates from the United Nations and Albany, New York.

Patti Ann Browne spent several years working for News 12 Long Island before moving to MSNBC, where she was the host of the two-hour program “Weekend Morning Line.” She continued to work for the network, performing similar duties such as conducting live interviews, reporting on breaking news without following a script, and appearing on other NBC news network channels. On CNBC, she also filled in for the regular news anchor.

It is well known that Patti Ann and Mike Browne have been husband and wife since 2004 and that they have a son. She frequently speaks with her parents, visits her four nieces, and is still extremely close to her family. She is a Roman Catholic and was admitted into the Roman Catholic Dioceses of Brooklyn Hall of Fame in 2012 as a result of her accomplishments.

Browne genuinely enjoys traveling and has visited several foreign countries on her own, including England, Ireland, France, and Mexico, aside from her employment, which forced her to travel to numerous cities in the US. She likes to read books, run, and participate in sports like volleyball and water skiing when she has free time. She also engages in charitable work and has donated her time to organizations like Island Harvest and the Interfaith Nutrition Network.

Is Patti Ann Browne wealthy? According to sources, as of mid-2018, their net worth was $3 million, most of which came from a prosperous career as a journalist. She also frequently participates as a guest panelist and contributor on programs like “Fox and Friends.” As she continues her career, it is expected that her net worth will also continue to increase.