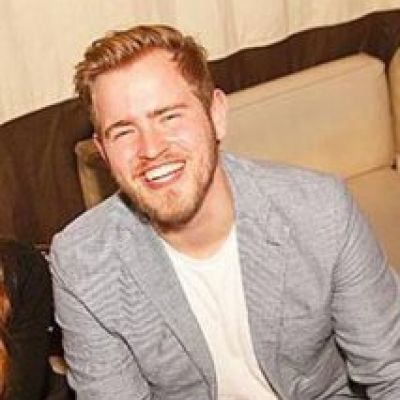 Do you know Who is Paul Vincent?

Paul Vincent Sinclair was born on July 18, 1967, in Alameda, California, USA, and is the twin brother of actor Vin Diesel, who is best known for his work in the “Fast & Furious” film series. Paul is known for staying out of the spotlight and has only been seen a few times with Vin or his friends.

Paul and Vin Sinclair are the sons of astrologer Delora Sinclair and have German, English, and Scottish ancestors. They have never met their biological father because they were raised by a stepfather who is an acting instructor and theatre manager. They grew up with two other siblings. Vin used his twin brother as inspiration for his first name when he entered the acting business, using the name Vin from Paul Vincent as a tribute to his twin brother. Mark Sinclair is Vin Diesel’s real name.

When Diesel posted a photo of his twin brother Vincent, fans and the media were taken aback because they didn’t look anything alike. While Vin maintained a shaved appearance and was more muscular, his brother had a beard, short grey hair, and was slimmer. Of course, this was to be expected given that fraternal twins typically have distinct identifying characteristics. Despite being raised together, they have taken different paths.

Prior to all of the media attention in 2015, Vin’s brother was seen on the set of a “Fast and Furious” film, where he was pictured alongside the now-deceased actor Paul Walker. Diesel confirmed in the photo that it contained two Pauls, one of whom is his twin. Many people became interested in his twin brother at the time and believe he shares his brother’s attractiveness.
Since his media exposure, many have speculated whether Paul would try his hand at a small film role, most likely as part of an established franchise such as “Fast and Furious.” Vincent did the sound editing for Vin Diesel’s short film “Multi-Facial,” which was written, directed, and produced by him. The film’s plot revolves around a multiracial actor who struggles with emotional and professional issues. The film was released in 1995, and it is credited as the work that led Steven Spielberg to cast Vin in “Saving Private Ryan,” his first major film role.

Paul Vincent Sinclair was born on July 18, 1967, in Alameda, California, USA, and is the twin brother of actor Vin Diesel, who is best known for his work in the “Fast & Furious” film series. Paul is known for staying out of the spotlight and has only been seen a few times with Vin or his friends.

Shaelyn’s parents, unlike other child celebrities, did not create a social media account for her, and, likely, they are also busy with their acting careers. Despite this, there are numerous photographs of her online that were taken by other media outlets. Since she was a toddler, she has mostly been seen going on walks with her parents and in many photographs with her mother in various locations.

Her parents are active on social media, but they rarely post about their relationship or family. Killam has been absent from Cobie’s social media accounts, including Twitter, Instagram, and Facebook. Taram’s social media accounts do not include her, as he is more concerned with promoting his work and causes. Pictures of Shaelyn can be found on less popular social media platforms such as Tumblr and Pinterest. She has a small fan base on both websites, which primarily repost images from other publications.