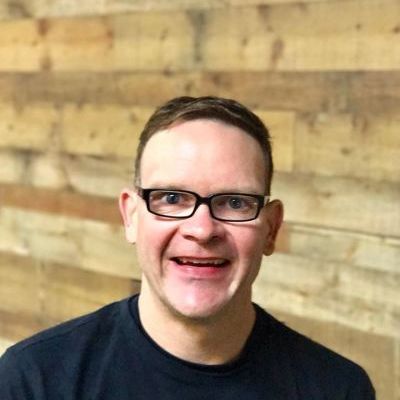 Do you know Who is Perry Noble?

Perry Noble, a preacher, author, and former pastor was born on June 24, 1971, in South Carolina, USA. He first gained notoriety as the senior pastor of New Spring Church, a megachurch with its headquarters in Anderson, South Carolina. After more than 15 years of service, he was recently relieved of his duties at the church due to a series of disputes.

When Perry was just 12 years old, his mother passed away from cancer. During her illness, Perry frequently visited her in the hospital, but as she lost the fight, Perry began to detest hospitals and visits. Perry felt that he didn’t fit in anywhere since Perry’s father had remarried multiple times, which made matters worse. He eventually found comfort in his faith and the church.

Perry and his longtime partner Lucretia were married back in 2000, and in 2007 they had a daughter named Charisse. Unfortunately, Perry’s issues at work also hurt his personal life, which resulted in their separation in November 2017. He claimed that he could never have imagined himself in the position of having to divorce his wife when speaking about his divorce.

Although Perry’s internal troubles have kept him away from church for a while, he still finds a way to communicate with his followers and will reportedly return to duty once he is fully recovered. Over the years, Perry has grown to be rather well-liked. Have you ever questioned Perry Noble’s net worth as of mid-2018? Noble’s net worth has reportedly been estimated to be as much as $2.5 million by reliable sources.

In January 2000, Perry started the Southern Baptist megachurch New Spring Church. As the congregation grew over the following years, Perry’s fame eventually spread. The second-fastest growing church in the US, the church spread from Anderson to other sections of South Carolina, including Clemson, Aiken, Charleston, Myrtle Beach, Powdersville, Columbia, and other places.

At the height of Perry’s fame, New Spring Church had more than 32,000 attendees at its 11 locations throughout South Carolina, as well as 7,500 weekly viewers who listened in via an online live stream. Perry’s popularity increased as his church grew. However, Perry’s popularity started to wane in 2014, which ultimately led to his dismissal as senior pastor.

Perry has written several books since beginning his career as a pastor, including “Unleash!

He has become wealthy as a result of the sales of his books, including “Breaking Free from Normalcy,” “Overwhelmed: Winning the War Against Worry,” and “The Most Excellent Way to Lead.”

When Noble used the word “nigger” in his sermon on Christmas Eve in 2014, it sparked a barrage of accusations that he was a racist and caused the entire service to be criticized. The issue did not end there, however, as Perry brought up the Ten Commandments in his following sermon, noting that although there is no Hebrew word for “command,” there is a term in English.

He received so much criticism for his speech that he was forced to formally apologize to the congregation. Perry was never the same after these controversies; he started drinking and developed depression, which led to his expulsion from the church on July 10th, 2016.

On social media platforms like Instagram, Facebook, and Twitter, Perry may be found. He has mostly used these platforms to spread his gospel. After being expelled from the church, he began to concentrate considerably more on social networking sites. Now, Perry’s official Facebook page has over 105,000 fans, Nobble is followed by more than 60,000 users on Instagram, and he has a total of 108,000 devoted followers on his own Twitter account.

Therefore, if you are interested in the message that this preacher and pastor share with the globe and you aren’t already a fan, now is a great time to become so by clicking on the links to his official pages.