Peter Gadiot Has Dated Both Celebrities and Non-Celebrities – Find Out Who He Is! 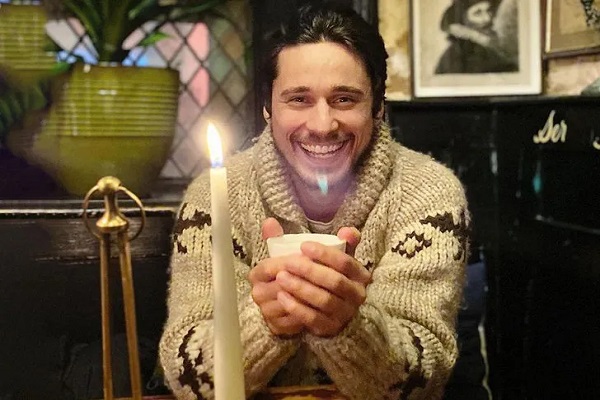 Peter Gadiot, a British actor, appears to be adept at presenting a romantic relationship in front of the camera, but what about his personal life?

The 35-year-old actor prefers to keep his personal life secret; nevertheless, he has occasionally hinted on Instagram that he may be involved in partnerships.

On His Social Media, He Reveals Snippets of Information About His Ex-Girlfriend

According to an Express article, Gadiot turned to Twitter in 2014 to encourage followers to ask him any questions they wanted using the hashtag #AskPeter. One fan in particular asked if he had a girlfriend among the dozens of questions he received that day.

The actor replied that he’sadly’ didn’t have one, but that he hoped that would change soon.

The same year, the Once Upon a Time in Wonderland star shared a photo of a woman’s back in a bikini enjoying a rainbow on Instagram, possibly teasing another of his lovers.

Her face was obscured, so it was impossible to tell if he was dating the female in the photo.

When a woman tweeted in 2018, “I don’t think anyone would claim to be a ginger in their profile pic, so mine is clearly me #justiceforgingers,” he revealed a little more about his love life.

The actor responded to the tweet with a ‘ginger’ and an OK emoji, alleging that his ex-girlfriend was a ‘ginger.’ The name of the woman in the photo was never revealed, leaving his followers to speculate whether she was his ex-girlfriend.

Similarly, in September 2020, the London-born actor shared a silhouette photo with a woman, along with a lovely poem that appeared to be an attempt at romance — a poem that was most likely written to the woman in the photo.

However, nothing more conclusive could be said about the subject.

Has had relationships with both celebrities and non-celebrities

If the information above came from his social media posts, his Instagram Stories highlight revealed a few additional things about his personal life.

One of his highlights has been his Q&A tales, in which he has divulged his thoughts on love and details about his previous relationships.

The first story in the spotlight indicates that Gadiot’s definition of love is ‘oneness,’ while his second tale involves a fan query asking which celebrities he would choose for three partner intercourse.

In response, the actor stated that he had never had such an experience before but that it was something he would consider adding to his bucket list.

Similarly, he stated in another report that he has dated both celebrities and non-celebrities, and that everyone is equal to him.

He went on to say that a woman with “an adventurous spirit” is the one who appeals to him the most.

Surprisingly, the actor expressed a fondness for children and expressed a desire to have his own children in the future.

In the American criminal drama series Queen of the South, Gadiot plays James Valdez. His role could be a love interest for Teresa Mendoza, played by Alice Braga in the series.

In the show, the duo’s characters evolve from friends to lovers. In the series, it’s also clear that Gadiot and Braga have great chemistry, which has resulted in fans shipping them.

In 2018, a fan asked the Brazilian actress if she could talk about her on-screen kiss with Gadiot during a Facebook Live Q&A. “Peter Gadiot could kiss,” she replied. “I’m sorry that happened, girls.”

He also included a man shrugging emoji and a hear-no-evil-monkey emoji. Although this was plainly a humorous remark, the fact that she doesn’t know how to pronounce his surname after three years of working with could indicate that their off-camera chemistry is completely off.

They don’t have anything relating to each other on their social media accounts, but they frequently post about other co-stars.

These could imply that the performers don’t have a close friendship but compensate for it in front of the camera.

Despite a few hints regarding his connection, Gadiot keeps his personal life secret, and there are no reports of him having a girlfriend or wife.

He has made charitable efforts to combat human trafficking and slavery

Gadiot is a vocal opponent of human trafficking and slavery.

As part of a twelve-person crew, he rowed across the Atlantic Ocean to raise awareness for Anti-Slavery International and the Fairtrade Foundation.

Related Posts of Peter Gadiot Has Dated Both Celebrities and Non-Celebrities – Find Out Who He Is!