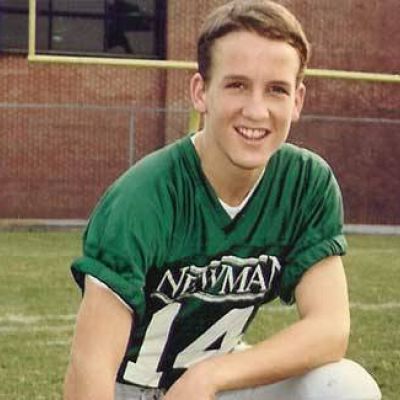 Do you know Who is Peyton Manning?

Peyton Williams Manning was born on March 24, 1976, in New Orleans, Louisiana, USA, and is a retired American Football quarterback who is regarded as one of the greatest National Football League (NFL) quarterbacks of all time due to numerous accomplishments during his career. He played for the Indianapolis Colts and the Denver Broncos for 18 seasons. Peyton Manning was the first overall pick in the NFL draft and went on to set numerous NFL records, including passing yards, AP MVP Awards, Pro Bowl appearances, and touchdown passes. He was the only starting quarterback to win two Super Bowls with two different teams.

Peyton started his professional football career at Isidore Newman High School, where he helped lead his team to a 34-5 record in three seasons, earning numerous honors and becoming one of the most sought-after high school players in the country. He was recruited by 60 colleges before deciding to play for the University of Tennessee Volunteers. Many fans were surprised by his decision because he did not choose to play for his father’s team, the Ole Miss Rebels. He eventually became Tennessee’s all-time leading passer with 11,201 yards and 89 touchdowns while starting 39 of 45 games and breaking the Southeastern Conference career win record.

He was accused of sexual harassment by female trainer Jamie Ann Naughright in 1996 while attending university when it was reported that he exposed his buttocks during a foot examination. Manning then defended himself, claiming that he was just playing a joke on another athlete in the room. Naughright left the university and received $300,000 as a result of the settlement.

In 1998, he declared for the NFL Draft and was chosen first overall by the Indianapolis Colts. He would go on to play 13 seasons for the Colts before being sidelined by a neck injury that forced him to miss the 2011 season. Peyton Manning was released by the team after recovering from his injury and joined the Denver Broncos until his retirement in the 2015 season, giving him a total of 17 NFL seasons excluding his injury year. He was regarded as one of the greatest NFL quarterbacks of all time after being named the league’s most valuable player a record five times in his career, as well as being named to the Pro Bowl 14 times and becoming a first-team All-Pro seven times. As a starter, he had a regular-season winning percentage of.702 and holds the NFL record for career touchdown passes and passing yards.

The only criticism leveled at him during his career is that he did not have the same level of success in the postseason as he did during the regular season. Despite this, he won two Super Bowls: Super Bowl XLII and Super Bowl 50. He also appeared in two other Super Bowls and was named MVP of Super Bowl XLI. During his career, he became the only quarterback in NFL history to reach the Super Bowl four times while working under four different head coaches.

So, how wealthy is Peyton Manning? Sources estimate his net worth to be $200 million as of early 2018, primarily earned through a successful career in professional football. Throughout his career, he received numerous high-profile contracts and was able to maintain and increase his value. It is expected that his wealth will increase as he continues his endeavors.

Peyton Manning’s father is former NFL quarterback Archie Manning, and his brother, Eli Manning, is also a two-time Super Bowl champion. He married Ashley in 2001, whom he met as a neighbor the summer before his freshman year of college. They have four children, including two twins.