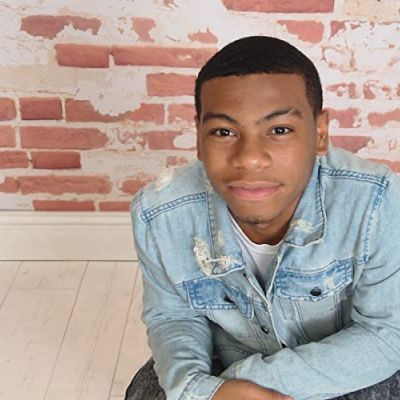 Do you know Who is Phillip Hudson?

YouTube has become one of the most popular media channels for people to showcase their talents, whether they be singing, dancing, acting, comedy, or something else. Phillip is one of those folks, and he and his brother Emmanuel founded the YouTube channel where they post comedic videos in 2009. They now have over 1.8 million subscribers and their popularity is growing all the time.

So, do you want to learn more about Phillip, from his upbringing to his most recent professional efforts, as well as his personal life? If so, stick around as we introduce you to this well-known comic and YouTube celebrity.

Phillip Hudson was born on July 11, 1992, in Mississippi, USA, as the youngest of eight children of Roger Hudson and his wife Brenda, including Emmanuel, with whom he has worked. He spent his first six years of life in Mississippi before moving with his family to Jonesboro, Georgia, USA. Details concerning his educational background are currently unknown to the public, but Philip hopes to share this knowledge with his devoted admirers.

What information do you have about Phillip’s personal life? He hasn’t been particularly forthcoming in releasing such facts, but there is some material available. Phillip is already a father, as his daughter Parker was born in 2014. Unfortunately, there is no information about his girlfriend or possibly marriage, and unless Phillip makes an announcement, we can only presume he is raising his daughter alone.

Philip has become an extraordinarily popular YouTube personality since commencing his career, which has steadily contributed to his fortune. Have you ever wondered how wealthy Phillip Hudson is in early 2019? According to reliable sources, Hudson’s net worth might be as high as $1 million, which is rather astounding, don’t you think? His fortune will undoubtedly grow in the following years if he successfully maintains his work.

While in high school, the brothers became comic sensations, which inspired them to create the YouTube channel. Their first video, “doo stains – Emmanuel & Phillip Hudson,” was released on May 31, 2009, and has had over three million views to date.

After receiving their first views and subscribers, the brothers decided to keep making movies, and quickly grew in popularity. Their subscriber base grew daily, and they quickly surpassed 100,000. They continued to make humorous videos while also publishing rap covers, which helped them gain recognition.

Their films have received over 256 million views in total, increasing Phillip’s net worth.

Now that we’ve covered everything there is to know about Phillip, let’s move on to his brother, Emmanuel Hudson.

Emmanuel Hudson, the second youngest member of the Hudson family, was born on December 13, 1990, in Clarksdale, Mississippi, USA. He began his YouTube career with his younger brother but has since made a name for himself in the acting world, with over ten film and television credits. Among his many credits are the roles of Nick in the TV series “Dead House” in 2017 and Coach E in the TV miniseries “Blind Basketball” in 2017.

If you’re curious, Emmanuel Hudson’s net worth is estimated to be $600,000, which is rather reasonable, don’t you think?

Phillip rose to prominence on YouTube, but he has now expanded his notoriety to other media sites, particularly Facebook and Instagram, though he can also be found on Twitter. Their official Facebook page, which they co-founded with his brother Emmanuel, has over 810,000 followers; they have published their most recent endeavors on this social media site, attracting even more people to their work.

Phillip is well-known on Instagram, where he has over 530,000 followers, and he has posted details from his personal life, frequent images, and videos of his daughter, in addition to his job. Phillip can also be found on Twitter, where he has over 175,000 followers and has exploited his popularity to share his most recent work with admirers.

So, if you aren’t already a fan of this well-known comedian and YouTube star, now is the time to become one; simply visit his official pages and discover what he is up to next, both personally and professionally.