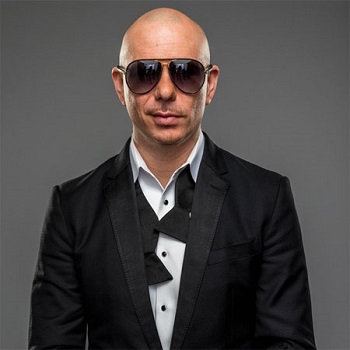 Pitbull is an American rapper who rose to prominence after releasing Rebelution in 2009 and winning the Billboard Music Award for Top Radio Song for “Give Me Everything” in 2012. For three weeks in a row, his song “Timber” topped the Billboard Hot 100 chart. Pitbull has a daughter named Destiny and a son named Bryce with his ex-girlfriend Barbara Alba.

Pitbull was born on January 15, 1981, in Miami, Florida, to Cuban emigrants under the name Armando Christian Pérez. His parents divorced when he was young, and he was solely reliant on his mother for support. He is of White-American ancestry and holds American citizenship.

Pitbull was influenced by Jose Marti, a Cuban national hero, and poet, and at the age of three, he could recite Jose’s most famous works. He attributes his high musical knowledge and popularity to his hard work and passion for music. Salsa, Bachata, Merengue, Bass Music, Techno, Hip-Hop, House, and Rave were all part of his childhood. Pitbull attended South Miami Senior High School and Miami Coral Park High School before graduating.

Pitbull began his music career by signing with Luther Campbell’s Luke Records. Later, in 2001, he worked with the vice president of A&R. Pitbull was introduced to Lil Jon by one of his friends, Fernandez, who offered Pitbull a track on his album, Kings of Crunk. His inclusion in Jon’s album aided him in launching his career as a young and determined rapper.

After his old label, TVT Records went out of business, Pitbull teamed up with Ultra Records for his fourth album, ‘Rebelution,’ in 2009. “I Know You Want Me,” “Shooting Star,” “Hotel Room Service,” and “Blanco” are some of the album’s most well-known tracks.

Pitbull collaborated with Emilio and Gloria Estefan in 2010. He released his fifth album, ‘Armando,’ in November of the same year, which was his first Spanish-language album.

Pitbull collaborated with Jennifer Lopez on two singles from her album ‘Love?’ in April 2011: “On The Floor” and “Fresh Out The Oven.”

‘Planet Pit,’ his sixth album, was released on June 21, 2011. “Hey Baby,” featuring T-Pain, was the albums first single and was an instant hit.

He hosted the American Music Awards in 2013 and performed at the end of the Formula 1 United States Grand Prix. He also appeared on the albums of Flo Rida, Priyanka Chopra, Belinda, Jessica Mauboy, Jason Derulo, and others, including Jennifer Lopez for ‘Live It Up.’

Pitbull’s personal life is still a work in progress, but he is the father of four children. He has two children with his ex-girlfriend, Barbara Alba: a son named Bryce and a daughter named Destiny. His other children are from a previous relationship.

Pitbull and Alba were in a long-term relationship until 2011 when they divorced. Alba was reportedly receiving $3,000 per month in child support for their daughter, Destiny Perez, after that.

Pitbull dated Mexican-American glamour model Olga Loera, who is known for her huge bust that is enhanced by silicone breast implants, a few years after his breakup with Alba. This relationship, however, was short-lived. Pitbull was also linked to Jennifer Lopez and singer Nayer, but these were just rumors.

Not only is the famous rapper, songwriter, producer, and actor a successful artist, but he’s also one of this generation’s greatest collaborators. He’s appeared on a seemingly endless list of popular songs and albums as a guest artist.

According to Celebrity Networth, Pitbull has a net worth of $65 million. In 2011, he earned $6 million for his album, and his annual salary has increased every year since.

Pitbull is also a successful entrepreneur and businessman. He owns a television production company as well as a fragrance line for men and women. He also serves as the face of a number of endorsements, generating revenue for them. His endorsement deal earnings, on the other hand, have not been made public.