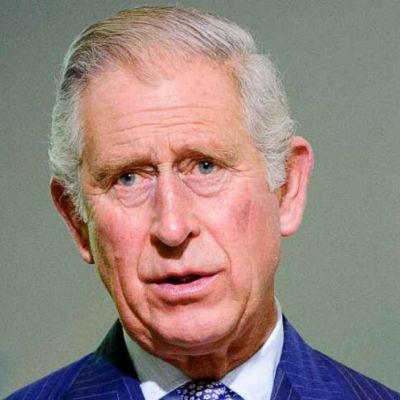 Do you know Who is Prince Charles?

Prince Charles is the British Prince of Wales and the heir apparent to the British throne. Prince Charles recently tested positive for COVID-19, a novel coronavirus that is causing a worldwide pandemic. Nonetheless, he is fine, according to official reports, and is working from home as usual.

The Queen’s eldest son by Prince Philip, Duke of Edinburgh, is Charles, Prince of Wales. He was born in Buckingham Palace at 9:14 p.m. on November 14, 1948. He is currently 71 years old. He weighed 7lb 6oz when he was born.

When her father, King George VI, died on February 6, 1952, at the age of 56, Queen Elizabeth II was also proclaimed. When The Queen took the throne at the age of three, Prince Charles became heir apparent.

Duke of Rothesay, Earl of Carrick, Baron of Renfrew, Lord of the Isles, and Prince and Great Steward of Scotland were his titles.

The Prince was four years old when his mother was crowned at Westminster Abbey on June 2, 1953.

Many witnesses to the Coronation remember him sitting between his widowed grandmother, Queen Elizabeth The Queen Mother, and his aunt, Princess Margaret.

The Queen and The Duke of Edinburgh decided that The Prince should go to school rather than have a tutor at the Palace, so he started at Hill House School in West London. He started school on November 7, 1956.

The young Prince enrolled at Cheam School, a Berkshire preparatory school, after ten months. The Queen promoted The Prince to the rank of Prince of Wales and Earl of Chester while he was at Cheam in 1958.

When this occurred, the Prince was nine years old. In April 1962, Prince Charles began his first term at Gordonstoun, a school in Eastern Scotland near Elgin. The Duke of Edinburgh attended the same high school.

In 1966, the Prince of Wales attended Timbertop for two terms. It is a remote outpost of Geelong Church of England Grammar School in Melbourne, Australia. The school appointed The Prince of Wales as a school guardian when he returned to Gordonstoun for his final year (head boy).

The Queen bestowed the title “Prince of Wales” on him on July 1, 1969, in a colorful ceremony at Caernarfon Castle. Prior to his appointment, The Prince studied Welsh at the University College of Wales in Aberystwyth for a term. On February 11th, 1970, His Royal Highness took his seat in the House of Lords.

Furthermore, The Prince flew to Royal Air Force (RAF) Cranwell in Lincolnshire on March 8, 1971. He did so to prepare to become a fighter pilot. During his second year at Cambridge, The Prince requested that the RAF teach him to fly.

On July 29, 1981, Prince Charles married Lady Diana Spencer in St. Paul’s Cathedral. HRH The title was bestowed upon the Princess of Wales. On July 1, 1961, the Princess was born at Park House on the Queen’s Sandringham estate in Norfolk. She stayed until her grandfather died in 1975. He was the 7th Earl when the Spencers moved to Althorp House in Northamptonshire.

Lady Diana’s father at the time was Viscount Althorp, who rose to become the eighth Earl Spencer. He had worked for both King George VI and Queen Elizabeth II as an equerry. The Queen Mother’s maternal grandmother, Ruth, was also a close friend and lady in waiting. Prince William was born on June 21, 1982, and Prince Harry was born on September 15, 1984.

The royal couple filed for divorce on August 28, 1996. The Princess was still considered a member of the Royal Family. She continued to live at Kensington Palace and worked as a public figure for a number of charities.

Parker Bowles married in a civil ceremony at Windsor Guildhall on April 9, 2005. Parker Bowles was given the title HRH The Duchess of Cornwall after her wedding. Around 800 people attended a Prayer and Dedication Service for The Prince of Wales and The Duchess of Cornwall at St George’s Chapel, Windsor Castle. Her Majesty the Queen hosted a reception at Windsor Castle prior to the service.

In his twenties, Charles met Camilla Parker Bowles and began a romantic relationship with her. This was also one of the causes of Prince Charle’s divorce.