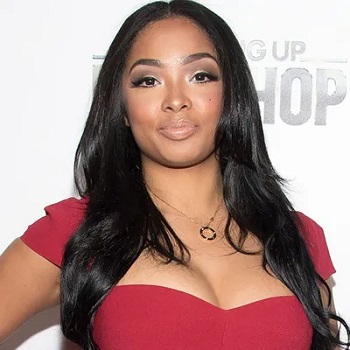 Love is also a well-known fashion designer who has had success in a variety of modeling endeavors, including a cover shoot for Smooth Magazine (American magazine). She is also renowned for being the wife of singer/actor Ray J.

Princess Love was born on the 14th of August 1984 in Oakland, California, as Princess Pilipina Love Norwood. She is of American descent and comes from a mixed ethnic background.
Hugh Love, an African-American father, and a Filipina mother give birth to Love. Her parents divorced when she was five years old. Her granny and she are really close and have a tight relationship.

Texas Southern University was the destination for Love. She went on to become a member of the International Academy of Design and Technology.

Princess Love began her work at a very young age, and her tenacity aided her advancement.

She began her career as a dancer in a few Las Vegas nightclubs and clubs, but her ambitions were far greater. Love worked hard to establish herself as one of America’s top models. After being chosen as the cover girl of Smooth Magazine, she was allowed to pursue her goal. Following that, Love appeared in the reality television show “Love & Hip Hop Hollywood,” which she has been a part of since 2014.

Love is also a fashion designer as well as a model. She has also done a lot of modeling work and will continue to do so in the future. She was also featured on the cover of several magazines.

Furthermore, Love and her husband, Ray J, are partners in a clothing business. In addition, with the help of Ray J’s sister, Brandy, this duo launched a fashion line.

Brandy and her partner, Love, manage a business that sells a wide selection of grooming, maintenance, and style goods for men and women.
Princess Love is married at the moment in her personal life. Ray J, a well-known singer/songwriter as well as an actor, was her boyfriend.

The couple started dating in March 2014 and exchanged engagement rings in January 2015 after dating for a year. On August 12, 2016, they married.

She formerly dated Floyd Mayweather Jr., a well-known boxer. From 2012 through May 2014, the former couple was dating.

Love, as a well-known star, has a sizable fan base on social networking platforms.
She is the queen of social media, with more than 1.2 million Instagram followers. Her Facebook and Twitter accounts have over 11,000 and 76,200 followers, respectively.

Princess Love makes a respectable living from her several businesses. She also earns money through endorsements and sponsorships from a number of well-known brands. Her net worth is estimated to be approximately $2 million as of 2017.