Princess Nokia is looking for a boyfriend she can trust and connect with.

While some celebrities like to keep their personal lives shrouded in mystery and secrecy, Princess Nokia aka Destiny Frasqueri is not one of them. Transparency in a relationship, she says, is a critical aspect in a partnership. She despises concealing information from her lover. 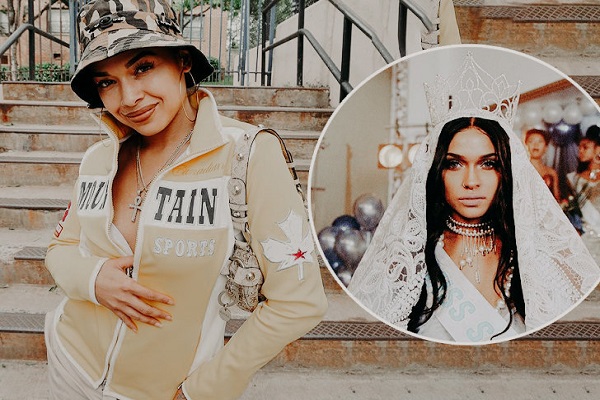 Destiny Nicole Frasqueri, also known as Princess Nokia, is open about her personal life with her followers, including past relationships and what she’s looking for in a future companion.

She’s quite the storyteller, from revealing her expectation of transparency in a relationship to discussing her dating history!

In a relationship, she expects transparency

The singer told Complex in an interview that she always tells the truth about her prior romances with her lover. She stated that she is not ashamed or embarrassed by her experiences, and that she wants her relationship to flourish through honesty.

Furthermore, the artist stated that she wants to be associated with someone that mentally and physically connects with her.

“Nothing about my past or my past experiences makes me shameful or embarrassed, so I’m very honest when opening up to my partner. I try to let that be the basis or the foundation [on] which I share a bond with my partner because I want my partner to be just as passionate and wacky and somewhat complicated as I am.”

That’s not all, though. She claimed that a close relationship can only be maintained if one opens up past chapters of one’s life to the other.

“I like to put everything on the table. I think that sharing experiences with a person is very valuable, because it allows you to have a bond to become closer.”

Despite how much she’s talked about being honest in a relationship, the diva is currently single. Meanwhile, let’s take a look back at Princess Nokia’s previous scandals that caused a stir among her followers.

Friendships with Her Ex-Boyfriends

The 26-year-old revealed on an episode of Elle’s Rap Therapy that she is a “master disappearer” who falls in love with a new person every day. The ‘Dragons’ singer, on the other hand, has been associated to two men since she began her singing career, according to sources.

‘Destiny,’ a documentary about the rapper’s life, was released in November 2016 by Fader. The documentary featured happy and memorable moments from her life, as well as a deleted video that revealed a different side of her—carefree and funny.

Nokia was also seen spending quality time with her then-boyfriend, Michael, in the video.

Aside from Michael, the Hip-hop musician had a relationship with Hood Profet activist Mike Davis. In Los Angeles, California, he is a radical artist and activist.

Related Posts of Princess Nokia is looking for a boyfriend she can trust and connect with.