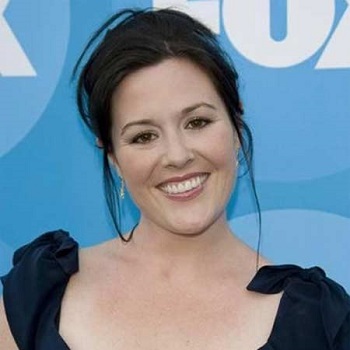 Rachael MacFarlane was born to work in animation and voice-overs, as her father and brother are both in the industry. She made her animation debut as a voice actress in the American animated series Johnny Bravo. Other notable works by her include The Grim Adventures of Billy & Mandy, Family Guy, Dexter’s Laboratory, Codename: Kids Next Door, and others.

MacFarlane is also active in other domains, having released Hayley Sings, a music CD based on her character Hayley Smith from the hit series American Dad. She now appears in the cartoon series American Dad and Family Guy as of 2018.

Born in the United States Rachael MacFarlane has English, Scottish, and Irish ancestry.

She was born on March 21, 1976, to Ronald Milton MacFarlane and Ann Perry Sager. Her father Ronald is claimed to have narrated the season opener of And Then There Were Fewer and the extended Christmas episode of the popular cartoon comedy Family Guy. MacFarlane is of English, Scottish, and Irish descent, and her citizenship is American.

Seth MacFarlane, her older brother, is the creator and director of the popular cartoon series Family Guy.

MacFarlane enrolled in Boston Conservatory, a school of the arts in Massachusetts, but did not complete her studies since she moved to Los Angeles to pursue a career in voice acting.

Ann Perry Sager, MacFarlane’s mother, died of cancer on July 16, 2010. Her father is just 72 years old, and she died after a protracted battle with the sickness in California with her family by her side.

The career of Rachael MacFarlane

MacFarlane made his start in the entertainment sector as a voice actor in the American animated series Johnny Bravo (1997-2002). She later went on to voice roles in shows including The Powerpuff Girls, Family Guy, Fillmore!, Samurai Jack, Winx Club, The Tom and Jerry Show, Dexter’s Laboratory, Robot Chicken, and many others on Cartoon Network. She even did some work for Disney Productions.

MacFarlane has also been in TV movies such as Codename: Kids Next Door, Billy & Mandy’s Big Boogey Adventure, Elf: Buddy’s Musical Christmas, and Underfist: Halloween Bash. She also provided voiceovers for a number of video games, including Family Guy Video Game!, The Grim Adventures of Billy & Mandy, The Incredible Hulk, Family Guy, Starcraft, and others. MacFarlane even recorded an album called Hayley Sings, which was released on September 25, 2012, by Concord Records as a tribute to her character Hayley Smith on American Dad!

She worked as a production manager and even created an episode for the sitcom The Grim Adventures of Billy & Mandy. She lent her voice to the characters in her brother Seth’s Family Guy production.

Rachael MacFarlane has a net worth of $5 million. Her cartoon series, Family Guy, is one of the most successful, with cast salaries ranging from $175000 to $225,000 per episode.

Here is a list of her film work that has grossed a lot of money all around the world.

Rachael MacFarlane, 43, married Spencer Laudiero, a prominent animator, in 2008, and the couple has a happy marriage. They met while MacFarlane was working on the animated series The Grim Adventures of Billy & Mandy and a comedy pilot, Welcome to Eltingville.

The pair are celebrating their ninth year of marriage and are still going strong.

She previously resided in Wrentham, Massachusetts.
Tim Mercer, her cousin’s brother, is in a punk-pop band.