“That’s right, ladies and gentlemen, TikTok was the catalyst for my coming out as gay.” 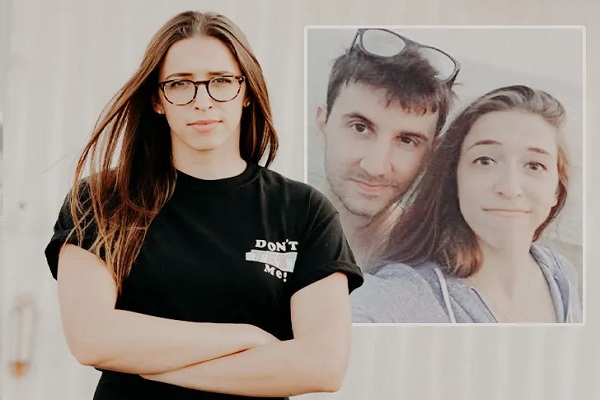 Rachel Ballinger rose to fame on YouTube with her series “You Know What Pisses Me Off?” in which she adds amusing twists to annoying and relatable things that people do. The show was a hit, and she received millions of subscribers as a result of it.

With her vlogs, she now provides viewers a glimpse into her daily life, although she remains tight-lipped about her dating life. She would rather keep it hidden. Many of her admirers, however, are aware that she had a long-term boyfriend, Matt, who occasionally featured on her vlogs. Fans speculated that they had split up by the end of 2020.

The YouTuber discussed her new identity and why her relationship ended in a recent video.

Colleen Ballinger, Ballinger’s sister and another renowned YouTuber, uploaded a TikTok video in December 2020, leading many to believe that the YouTuber and Matt had broken up.

“Put a finger down if you broke up with someone this year,” it said in the video, and viewers watched Ballinger slowly putting her finger down before giggling and exiting the picture. This subtly conveyed the possibility of a breakup.

Fans were immediately intrigued and began questioning the content producer about the specifics of her supposed breakup. In late January 2021, she finally addressed it in a TikTok video. She screamed angrily since her ex had not responded to her messages.

She was irritated that her ex-boyfriend, with whom she had split up in September, was still using her credit card for personal purposes. She was irritated by her inability to log in and cancel the charges she was making.

“I haven’t talked to him in over a month. I checked my credit card statement today. He is using my credit card to buy groceries and gas. The audacity!”

Ballinger reveals that he is gay

The YouTuber then posted a coming-out video a few months later. She quickly stated that the film was not a coming-out video because she had promised herself that she would never do one. She then went on to say that she simply wanted to tell her tale.

Ballinger stated that her eight-year relationship kept her from exploring her alternatives and discovering who she truly was. Many admirers assumed her relationship ended because of her new persona, but she stressed that it had deteriorated long before she learned of her new name.

Following their breakup, the 29-year-old stated that she wasn’t interested in dating anybody else, which she felt was because she wasn’t ready. However, a deep dive into TikTok changed her mind.

“That’s right, ladies and gentlemen, TikTok is the reason I realized I am gay.”

She scrolled through the app’s pages of lesbian celebrities and recognized sentiments she hadn’t experienced before. She claimed that she felt at ease after realizing what she had done, and that when she told her loved ones, they were all supportive.

Ballinger closes the video by expressing her joy at the prospect of a new chapter in her life.