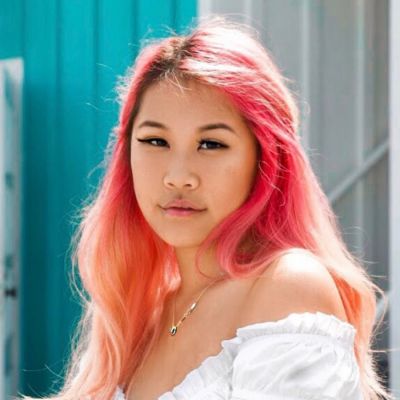 Do you know Who is Rae Kanoa’s?

Rae Kanoa was born on January 26, 2000, in Las Vegas, Nevada, USA, under the zodiac sign of Aquarius, and holds American nationality. She is well-known for her YouTube channel, where she usually uploads vlogs, short movies, and challenge videos.

Rae didn’t spend much time in Las Vegas because her family relocated to California when she was four years old. Her mother and father are unknown, as she chooses to keep them out of the spotlight, however she does have a younger sister named Sophia.

Rae grew up not knowing what she wanted to be, but all the girls around her aspired to be actors and models. Rae liked the idea of acting after hearing them talk about it and decided to attend classes; because most of her peers were very active on Instagram and YouTube, she also decided to start her own social media profiles. She was a typical adolescent who was popular in high school and had several close friends with whom she spent most of her free time.

She is more or less private about her love life since she hasn’t revealed much about her previous and current relationships to the public.

Rae is presently dating Reece Scarpignato, who appears frequently in her films. They met in high school and were closest friends for over a year before deciding to pursue a romance. Reece is also a YouTuber who enjoys directing and writing screenplays.

The two also attended a prom together in 2017, and while many of their followers have inquired about the precise date when they began dating, Rae and Reece have not shared this information with their fans. Rae hasn’t disclosed any boys she may have dated before Reece, and she hasn’t married or had any children.

Her present net worth is estimated to be more than $200,000, and it is gradually increasing as a result of her YouTube career.

Rae began her online career at the age of 14 when she appeared in the Fine Bros YouTube channel video “Lyric Breakdown”; this appearance was followed by countless others as she went on to appear in shows such as “Opinions”, “Try Not to Smile or Laugh”, “Do They Know It?”, and others.

Rae is most known for her role in the YouTube series “Teens React”; she debuted in the series in 2014 and has been a regular ever since. She has appeared in a total of 31 episodes, the most popular of which being “Teens React to Attack on Titan,” which was released on YouTube on May 18, 2014.

Rae is also a YouTuber, having created her channel on May 21, 2015, and it presently has over 11,5000 subscribers, as well as over a quarter-million views of all her videos combined.

Rae’s channel primarily consists of random hilarious videos, but she also produces vlogging, challenge, and prank videos. Rae does not appear to be active on the channel, since her most recent video, “Where Do I Shop?? (Redone, Fashion Nova, Princess Polly, and more!)” was posted on November 13, 2018, more than eight months ago.

Rae is also an entrepreneur, having founded Kanoa Kinis, a bikini brand, in 2015.

Rae is a social media personality, and her life revolves around taking images and publishing new content to her social media accounts every day; yet, Rae also has other interests that she finds time for.

Rae adores being on the beach, and summer is her favorite season. She has recently begun modeling, and one aspect she enjoys about it is that most of the photoshoots take place on the beach. She adores being outside and frequently goes on picnics with her best friend.

Rae Kanoa’s is a major movie enthusiast, and her favorite movie of all time is any in the “Pirates of the Caribbean” franchise – her favorite actor is Johnny Depp, and she has an Instagram photo with him.

Rae is 19 years old right now. She has long brown hair that she loves to paint pink; she has brown eyes and her height and weight are unknown.

Rae is quite active on various big social media platforms, as this is critical to her internet business. She started her Twitter account in May 2014 and has already gained over 10,000 followers and tweeted approximately 7,900 times. Her Instagram account currently has more than 100,000 followers, and she has added about 800 photos to it. She also has a Facebook profile, which has more than 150 followers.