Ranveer Brar, a celebrity chef, credits his wife for bringing out the best in him. 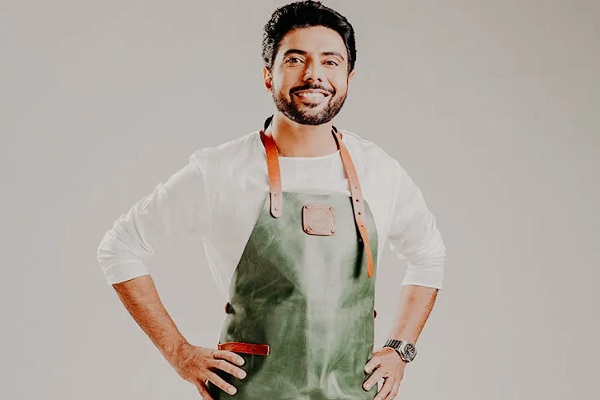 Ranveer Brar’s wife is incredibly supportive, and he never forgets to thank her.

Ranveer Brar, a celebrity chef, has wowed the globe with his culinary prowess. Many people may not realize that his wife, Pallavi Brar, is the cause for his success, in addition to his pure dedication and enthusiasm for cooking. She had faith in him and was able to bring out the best in him.

Through a blog, he expresses gratitude to his wife

Brar wrote a blog about the women who influenced his life on International Women’s Day in 2016. While doing so, he mentioned his wife, Pallavi Brar, and thanked her for her contributions to his accomplishment.
The chef claimed that his wife’s energetic and optimistic demeanor inspired him to improve, but he recognized that he would not have been successful without his wife’s help.

“The other woman I truly look up to is my wife. A Chef herself, she has always inspired me to grow in my craft and get the best out of me. I couldn’t have been where I am if it wasn’t for her support. “

Brar also praised his wife’s ability to juggle marriage, motherhood, and career, and said he could never thank her enough for the simple things she done for him. He stated that his wife took care of his family at home while he was away on business.

Overall, the MasterChef India Season 4 judge expressed his gratitude for having a strong, supportive woman as his life partner.
Brar leaves no stone unturned to make his wife feel valued, and he does so with a grateful heart. He prepared a 17-course feast for her when they lived in the United States.

Ranveer and Pallavi Brar have a son together

Brar’s wife and kid generally accompany him on shorter trips because he travels a lot for work. For lengthier trips, the family will have to rely on video calls.

Brar discovered his calling while working as a kebab vendor

Brar was born in Lucknow, the kebab capital of the world. He was attracted by the city’s street kebab vendors as a child. At the age of 17, his fascination turned into a desire to become a chef. It happened after Munir Ahmed, a kebab ustad, taught the Indian cook the finer nuances of kebab-making.

However, coming from a well-to-do landowning family presented challenges in his culinary endeavors. Back then, cooking was not regarded as a respectable vocation, and Brar had to work hard to persuade his parents, particularly his father, that it was a worthwhile career choice.

Following his triumph, Brar enrolled at the Institute of Hotel Management in Lucknow, India.

Brar has gone a long way since then, and has a long list of accolades to his name, including being named one of the Top 50 chefs in the Indian Culinary Forum Book. In 2016, the owner of TAG Gourmet Kitchen, an all-vegetarian fine-dining restaurant in Mumbai, India, released his first book, Come Into My Kitchen.
Brar has served delicacies for a number of Hollywood and Bollywood superstars during the course of his career. Furthermore, he has hosted banquets at the Rashtrapati Bhawan and the Prime Minister’s house in India.

Related Posts of Ranveer Brar, a celebrity chef, credits his wife for bringing out the best in him.