Richard Dean Anderson puts his daughter first in everything he does

Richard Anderson, the star of MacGyver, went into semi-retirement to be a full-time father to his daughter Wylie. She has always been his top priority, and he claims she is the source of his happiness. 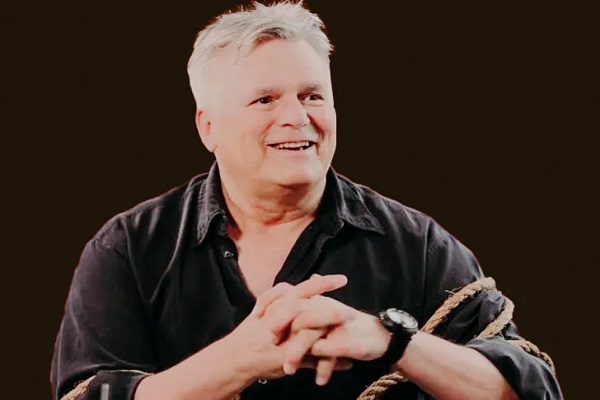 Richard Dean Anderson was at the zenith of his career in the 1980s as one of the most popular action series heroes, with two back-to-back hits MacGyver and Stargate SG-1. But the actor was content to throw it all away in order to spend more time with his daughter, Wylie.
Because she is her father’s daughter, Wylie has inherited part of her father’s acting talent, as she has already dabbled in the industry with a few acting credits under her belt.

The MacGyver star had always wanted to be a father, according to his official website. With the birth of his daughter, Wylie Quinn Annarose Anderson, when he was 49 years old, his goal became a reality.

She quickly rose to the top of his priority list. Nothing worried him, he said in an interview, from changing diapers to getting up at three a.m. to get little Wylie back to sleep.

For numerous years, the actor commuted between LA and Vancouver once a week to balance his career as an actor and his role as a father to his daughter. In 2004, he made the decision to put his daughter first and departed the StargateSG-1 series after eight seasons to spend more time with her. He eventually moved into semi-retirement and became a single father full-time.

Even now, on Instagram, the 80s action icon reminisces about his daughter’s youth while simultaneously promoting her professional and personal accomplishments.

Wylie chose to follow in her father’s footsteps as an actress and has already been in a few plays. She earned a BFA in Theatre Education and Performance from Emerson College. Her website contains highlights from her acting career as well as creative pursuits.

Wylie is also an art teacher, and her passion for the arts is evident on her social media pages.

Richard is a single man who has never married. He has, however, been romantically linked with a number of high-profile women, including Teri Hatcher, Lara Flynn Boyle, Sela Ward, and Katarina Witt, a German ice-skater.

Apryl Prose, who gave birth to his daughter Wylie Quinn Annarose Anderson, dated the MacGyver star. Michael Greenburg, the producer of Stargate and MacGyver, introduced them in 1996 in New York. Apryl was the best friend of the producer’s current girlfriend. Richard stated in an interview that he thought she was quite attractive and that he admired her sense of humour.

Although the two are no longer together, they appear to have a healthy connection, as Apryl wished Richard on his birthday on Instagram, referring to him as her favorite ex.

Apryl A. Prose, Richard’s ex-girlfriend, is also an actor. Jim is her husband, and the two of them have two children together. Richard does not have a wife, whereas the actress has moved on and started a new family. Regardless, he is a content man.

The ex-partners have no ill feelings towards one another and are happy to be co-parents to their daughter.