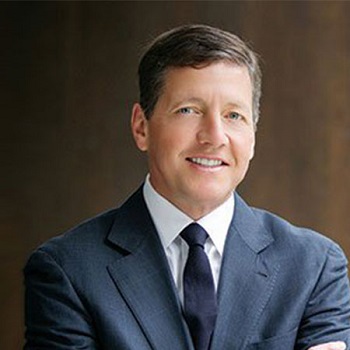 Richard McVey is a businessman from the United States. He is the Chairman and Chief Executive Officer of MarketAxes, a company that primarily offers an electronic trading platform for corporate bonds and other fixed-income securities. In April of 2000, he launched the company. However, he is most known among the general public as the spouse of television star Lara Spencer.

Richard McVey, also known as Rick McVey, was born in Painesville, Ohio, on July 2, 1960, under the sign of Cancer. People born into this category have a devoted, empathetic, sympathetic, and persuasive nature. Richard is of white ethnicity and maintains an American nationality. Richard grew up in the Cleveland suburbs. His father used to own an energy company and was a Cleveland stock investor. In 1983, he earned a B.A. in finance from Miami (Ohio) University, followed by an MBA from Indiana University’s Kelley School of Business.

The Career of Richard McVey

Richard began his career at a bank in Cleveland. He eventually became a member of the Chicago Mercantile Exchange. J.P Morgan hired Richard to oversee the North America Futures and Options Business in 1983, which included institutional brokerage, research, operations, finance, and compliance. Richard’s primary function in this industry was that of Managing Director.

Richard traveled to New York in 1995 to lead J.P Morgan’s North American Fixed Income Sales and moved into fixed income. He soon rose through the ranks to become the chief of US fixed income sales, a position he held until 2000.

He started MarketAxess in April 2000 and has served as Chairman and Chief Executive Officer since then. Richard first introduced the MarketAxess business model in 1999 as part of J.P Morgan’s Lab Morgan Program. It was created to support executive views about how to use web-based technology.

After spearheading an initial investment round that garnered $24 million in money from J.P Morgan and other market participants, Richard launched the company as an independent enterprise in 2000. Richard oversaw the company’s initial public offering in 2004.

Richard McVey’s net worth is believed to be $20 million. He is the CEO and creator of MarketAxess, an electronic trading firm. He worked as a Managing Director at J.P Morgan’s Company before starting his own. Richard has been in the Institutional Investor Tech 40 an incredible 15 times.

His wife, on the other hand, has a net worth of $9 million. She has amassed a sizable fortune as a television personality. Lara Spencer is entitled to a yearly compensation of $3 million dollars. Her most well-known roles include anchoring Good Morning America and ABC News.

Richard Spencer is married to Lara Spencer, a stunning television personality, as previously stated. Richard and Lara began dating in 2016. The pair announced their engagement in January 2018 after dating for two years and married on September 1, 2018.

When it comes to their marriage, Lara and Richard have both been married before. Lara first married David Hanffenreffer in the year 2000, and they had two children, Katharine Paige Haffereffer and Duff Haffereffer. The couple was unable to maintain their relationship and divorced in 2015.

To speak of Richard’s previous marriages, he was married once before Lara but has not revealed any details about his previous relationship. The former couple has three children together.