Riley Green, a country artist, is a daddy’s son! 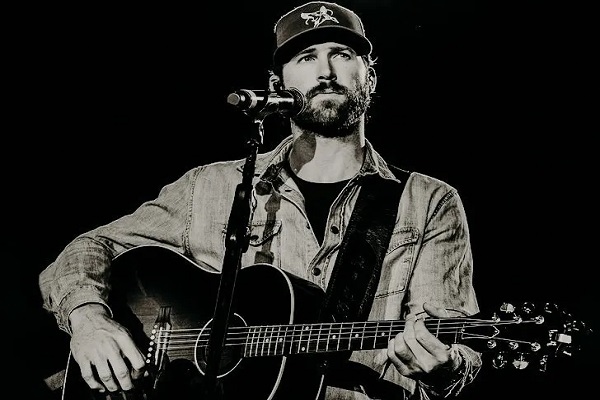 Riley Green, an American singer-songwriter, has a list of attributes he looks for in a partner and potential bride. Among all of the conditions, the one that stands out the most is that his partner must have his mother’s approval.

Green, on the other hand, has yet to meet the lady his mother adores or about whom he can write songs. Despite touching hearts with his lyrics about trucks, grandfathers, and heartbreaks, the Country Music Award-winner has never penned love songs about any women.

He claims he’s never been a fan of love songs.

Green has had a number of singles as a rising country musician.
The sources of inspiration for each one are significantly diverse. To get over his grandfather’s death, he penned ‘I Wish Grandpas Never Died,’ and his muse for ‘In Love By Now,’ a lady he claims was too good for him.
The country singer’s songs are primarily about heartbreak, but they are never about love. He admitted it’s because he’s never been a big love song guy and leans more towards the type who didn’t chase after a girl he should have in an interview with Taste of Country.

“I’ve never been a big love song guy. I always go more towards the guy sitting in a lawn chair sitting next to a cooler full of Keystone beer as the girl drives off that he probably should have went after, but he was drunk. I play that guy well in my songwriting. “

In a girl, what does green look for?
On several instances, the artist has discussed his part dates and relationships. He has also stated that he has never been in love. But what qualities does the country singer seek in a female partner?
He addressed the most crucial characteristic to seek for in a lady in a CMT Q&A video. He replied that she would have to get along with his mother, joking that this was already a difficult task.

“I’d say she would have to get along with my mom. And that’s a tough one to accomplish anyway.”

In March 2021, he expressed similar comments to WYRK’s radio host.

When asked about his plans to marry, he stated that his mother must approve of his chosen partner. He insisted that no matter how fantastic his chemistry with his girlfriend is, it won’t work unless his mother approves of her.
Needless to say, he is still a long way from marrying.

When he had a girlfriend, hunting was a distraction for him.

The musician is a free spirit, and all indications are that he is now single. He prefers to spend the spare time he has when he isn’t writing songs or singing on his favorite hobby: hunting.

Alabama’s country singer is an avid hunter. “rileyduckman” is even his Instagram handle. His passion for hunting is well-known, and he has expressed his enthusiasm for the sport on numerous occasions.
He told Taste of Country about how much he was thinking about turkeys while he was with his girlfriend in an interview. On a date, he’d drift off and had to respond to his girlfriend’s question, “You’re thinking about turkeys aren’t you?”
Green, perhaps because of his passion for hunting, is looking for a spouse who shares his hobbies. He highlighted how nice it would be if he found a girlfriend that enjoyed hunting and Busch Beers in a tweet dated January 20, 2021.

Steve Gonsalves, executive producer of 'Ghost Nation,' has embarked on a strict diet and exercise regimen in order to lose weight. His weight loss journey has lasted nearly a decade, but the results a
Read More