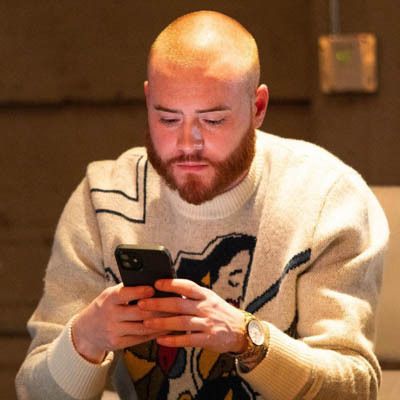 Rory Farrell: Who is he?

Despite being well-known in the music business, Rory Farrell works primarily behind the scenes as an event manager, producer, and podcaster. He has been a marketing manager for Sony Music since 2018, in addition to a host of other accomplishments, about which we will talk later in the article.

Rory Farrell was born on May 4, 1990, in New Jersey, the United States; regrettably, he hasn’t revealed anything about his early years, including his parents’ names and occupations, as well as whether he is a single child or has any siblings. After attending St. Peter’s University, a Jesuit institution with its main campus in Jersey City, New Jersey, Rory enrolled at Fairleigh Dickinson University, where he graduated with a Bachelor of Arts in Communication and Media Studies.

In 2010, Rory began working for Island Def Jam and the Universal Music Group as an assistant in the A&R/Video Promotion and Production department. He worked there for two years, leading the production and marketing of concerts and other events to turn them into hugely successful entertainment occasions. Rory Farrell was hired by Any Means Marketing LLC, where he managed production and projects and was in charge of digital marketing after his efforts there were acknowledged. He was hired by MTV Networks in 2014 as his reputation grew, however, this arrangement only lasted from September to December of that year. He then joined Havas Sports & Entertainment as a social producer. Rory Farrell  stayed there until 2017, at which point he quit and began seeking a new job.

Gradually, he was gaining in popularity, and in March 2018, Sony Music Entertainment hired him and promoted him to marketing manager, proving that his perseverance had paid off. Since then, he has additionally taken on the role of general manager for Dusse Palooza, a traveling party series that was formerly known as Henny Palooza. To highlight his achievements even further, he has been co-hosting “The Joe Budden Podcast” alongside Joe Budden II since May 2016. Most recently, the two began touring the country as a live performance. They also succeeded in getting their podcast into Spotify, which has helped Rory become even more well-known and richer.

Rory Farrell Salary and Net worth

He has been quite well-liked and prosperous since beginning his career, which has constantly grown his riches. Have you ever wondered how wealthy Rory Farrell is right now, in the middle of 2019? It has been reported by reliable sources that Farrell’s net worth might be as high as $8 million, which is astounding, don’t you think? If he successfully pursues his work in the years to come, his fortune will undoubtedly increase.

What is your knowledge of Rory’s private life? Well, this well-known media figure hasn’t exactly been forthcoming with personal information, therefore there isn’t any trustworthy information on his romantic relationships or love life in the media. As people are anxious to learn more about this successful music producer and event planner, Rory should start disclosing such information about himself soon.

Rory has amassed hundreds of thousands of supporters on social networking sites throughout the years, particularly on Instagram and Twitter. More than 130,000 people follow him on his official Instagram profile, with whom he has shared some of his most recent professional undertakings, including promoting the DussePalooza and other posts about his and Joe Budden’s work. Rory is also quite well-liked on Twitter, where he has nearly 80,000 followers. With these followers, he has shared his most recent professional endeavors as well as some of his opinions, ideas, and interests regarding the music industry, as well as his assessments of his and Budden’s most recent successes, among other posts.