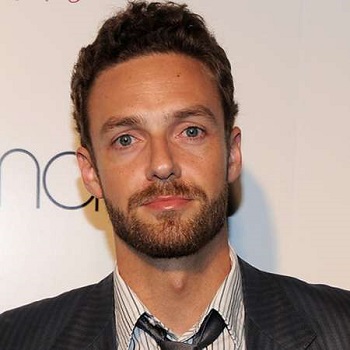 Ross Marquand is an American actor and celebrity impressionist most known for his role as Aaron on the Walking Dead, an American apocalyptic horror television series. He’s also recognized for his portrayal as Red Skull in Avengers: Infinity War, an American superhero film. Following another mind-blowing performance in the great film Avengers: Endgame in 2019, his renown grew even more.

Ross Marquand was born in the United States on August 22, 1981, in Fort Collins. There isn’t a lot of information available regarding his family. He began his acting career when he was nine years old when he was cast in a modest role in a church pageant. His education was successful.

Ross was a member of the Boy Scouts of America and earned the rank of Eagle Scout. At campfire ceremonies, he began mimicking celebrities, which his crowd adored. He went on to star in a number of high school dramas.

Ross went on to study theatre at the University of Colorado at Boulder. He appeared in a number of shows in Boulder, including To Kill a Mockingbird and The Cherry Orchard. Ross holds a Bachelor of Fine Arts in Theatre Performance.

He moved on to focus on his acting career after graduating. After that, he relocated to Los Angeles and landed a number of television roles as a result of his remarkable acting abilities, including LA Forensics in 2006 and The Flipside in 2012.

Ross is of American nationality and is a White American in terms of ethnicity.

He is well recognized for his guest appearance as Paul Newman in the Mad Men drama series. In addition, he has voiced Christopher Walken in Conan and Han Solo in Phineas and Ferb. In the Impression Guys, he plays the prominent character of Ross Marvin.

He is well-known not only for his appearances on television but also in films. Moreover, he has appeared in a number of films, including Love Sick, Saturday Night Special, A Lonely Place for Dying, Woodshop, Slings and Arrows, Eden, Down and Dangerous, Christmas Party Conversations, The Program, and others. He has lately appeared in the films Camera Trap and Spare Change.

Ross’s greatest achievement came in 2018 when he was cast in the blockbuster picture Avengers: Infinity War, which grossed a whopping $2 billion worldwide, shattering multiple box office records and becoming the highest-grossing film of the year. Robert Downey Jr., Chris Hemsworth, Mark Ruffalo, and Chris Evans feature in the film.

Marquand then went on to star in another mega-successful film, Avengers: Endgame, the following year.

Ross Marquand’s Salary And Net Worth

Ross Marquand’s net worth is currently projected to be $ 1 million, which speaks to his large salary. In 2013 and 2015, he was nominated for Maverick Awards for Best Supporting Actor and Best Actor, respectively.

Sheep and Wolves, Spare Change, Camera Trap, The Progam, Down and Dangerous, and Broken Roads are among his film credits. He has been in high-grossing films such as Avengers: Infinity War ($2.046 billion in box office).

Robot Chicken, The Last Tycoon, Brockmire, Deadbeat, Talking Dead, The Walking Dead, Phineas and Ferb, Conan, and Mad Men are just a few of the TV shows in which he has appeared.

Ross Marquand is not married and is not currently dating anyone. The actor keeps his love life, affair, and girlfriend a closely guarded secret. He is reticent to discuss his former relationships, which is why so little about him is known to the general public. Ross is currently very focused on his job as a rising actor. He doesn’t have a lot of free time and is rarely seen in public by women.

Ross is presently unattached. He hasn’t been linked to any extramarital affairs and doesn’t have a partner.  On the other hand, he is reticent to speak to the media about his personal life. As a result, little is known about his life.

Ross has never married and is the father of no children. He is of marriageable age, but he has little interest in getting married.