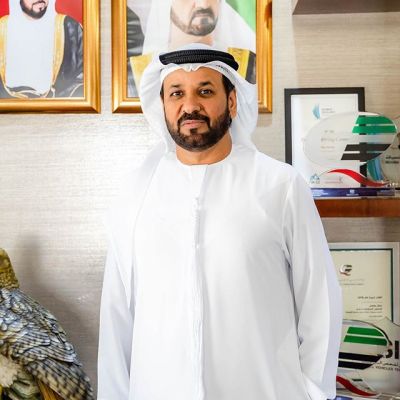 Do you know Who is Saif Ahmed Belhasa?

Saif Ahmed Belhasa, a businessman best known as the chairman of the Saif Belhasa Group of Companies, was born in Dubai, United Arab Emirates, in 1966. The group of companies consists of multiple businesses in a variety of industries, including commerce, transportation, advertising, and real estate.

Saif Ahmed Belhasa’s net worth, how much? Sources place his net worth at over $2 billion as of the middle of 2018. He has achieved success in a variety of undertakings. In addition to working with several other companies in the UAE, he maintains a variety of jobs within his organization. It is anticipated that his wealth would continue to rise as his career progresses.

Saif Ahmed’s early life and aspirations for a future in business are largely unknown, however, it is known that he studied business studies in college, enrolling in Business Management at Al Ain University in 1988. In the future, he would pursue a master’s degree in the United States of America.

When Saif first started his commercial activities, Belhasa Holding or Belhasa International, it was through a different company called Union Trading. Saif traded in used automobiles as well as equipment for power projects. He would later buy more firms, this time in different industries, with the money he made from Union Trading. Saif Ahmed eventually started other businesses, and in 2001 he founded the Saif Belhasa Holding Company. He kept looking for business opportunities throughout the Middle East, concentrating mostly on the energy industry. His collection of businesses is currently active in a wide range of industries, including technology, building, tourism, trade, manufacturing, and real estate.

Due to his economic success over the following several years—Belhasa has now amassed close to three decades of diversified expertise in multiple businesses—he would attract a lot of attention on a global scale. The renowned 2007 Business Expansion Award, presented to Dubai’s most prosperous businesses, was given to him. He also rose to become one of the most powerful and influential Arabs, according to several newspapers. Belhasa Projects, a division of Belhasa Holdings, took home seven prizes at the US Master Pools Guild Excellence Awards. Notably, he is recognized for founding the biggest pool construction business in the Middle East and North Africa.

The Belhasa Driving Center and Belhasa Recruitment Services are some of the other businesses he oversees. He claims that timing is one of the keys to his success; being on time for work and arriving early to inspire employees are both crucial. He claims to send managers on trips to other nations each year so they may unwind and return to work feeling revitalized. Another crucial quality is patience, and he first contributed to his father’s firm while he owned it, which helped him get a lot of positive qualities.

Even though there is not much information accessible regarding Ahmed’s family, it is known that he is married and has children. He enjoys sailing and fishing on Palm Jumeirah, where he spends most weekends with his family. To avoid being overly strict with them, he also insists that his kids gain experience working outside of his business before they join it. He also says that one of the factors contributing to his success in the field is how much he enjoys what he does. Saif Ahmed Belhasa says that because he enjoys seeing the smiles on the faces of happy clients, he still goes to the front of his enterprises and does things personally. He claims that if he and his family hadn’t started a business, he might have tried working in government.

His favorite soccer teams are Barcelona and the Al Shabab Club. He is a devoted soccer lover. His kids participate in the UAE national soccer teams and play for local soccer clubs as well. Due to the challenges of breeding in their environment, he reduced the number of Arabian horses he owned from 60 to 10. He also likes horses. He states that his favorite vacation spot is France and that he enjoys traveling there in particular.

The Dubai Autism Center, the Manzil Center, the Pakistani Flood Victims Program, and the AL Noor Training Center are just a few of the organizations that Belhasa frequently donates to. He doesn’t like to publicize the amount he donates, thus he is also known to give anonymously. He also served as the chairman of the soccer team Al Shabab in the past, and he currently serves as the Emeritus Economic and Commercial Advisor for the Kazakhstan Chamber of Commerce and Industry.