‘Homestead Rescue’ is a documentary that follows the Raney family as they teach off-grid residents how to survive in the wild. 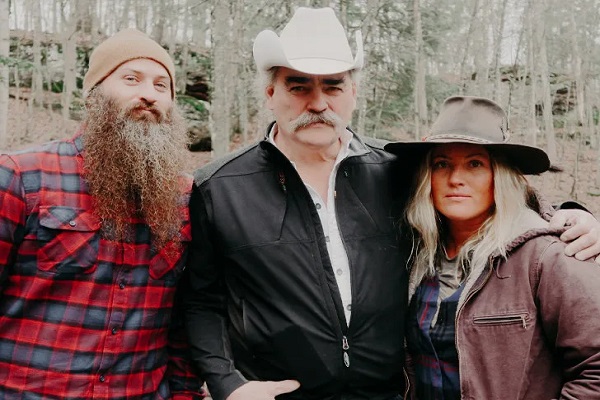 At first glance, Discovery Channel’s Homestead Rescue, a reality show about off-grid homeowners demonstrating how to fortify life in the woods, may not appear to have much production value.
Despite being a show about surviving on a low budget, the series starring the Raney family, including father Marty Raney, daughter Misty Raney, and son Matt Raney, has a much bigger budget and a large staff.

Despite their reluctance to flaunt their wealth in front of the camera, the Raney family is likely to make a good wage off-screen, based on the show’s scale.

‘Homestead Rescue’ is a film with a lot of potential

The Raney family, according to the show’s concept, goes from place to place, teaching people how to survive and thrive in the wilderness — or at least that’s how it appears on TV.

What isn’t revealed, though, is the amount of support they receive behind the scenes.

At the end of the day, these are reality shows with a lot of money invested in them from a variety of sources. The show is produced by two production companies, Raw Television and All3Media, in this occasion.

Homestead Rescue, which has been on the air since 2016, has a vast list of crew members who assist in the production. According to the database, the series has had five directors up until this point.

From 2016 to 2017, four of them directed two episodes apiece, and Mike Griffiths, the fifth, has directed an unknown amount of episodes to this day.

Further investigation of the cast list reveals that there are far more producers than one can recall. The show’s editing, casting, and music departments are all in the same boat.

Additionally, the show involves members of the camera and electrical department, sound department, location management team, and additional crew members such as loggers, child labor coordinator, set medic, armorer, and clearance manager, all of which highlights the massive amount of resources invested in the series.

According to Wren and Ini, a couple who previously appeared on the show, at least 20 people were there at their little farmstead where the filming took place. They also disclosed that there was a guy whose primary responsibility was to clean the filming equipment.

In the show, the Raney family receives further help

Despite the fact that the Raney family handles the majority of their construction and problem-solving on their own, they do receive a lot of help from third parties.

Scout Construction LLC, a construction company based in Mansfield, Ohio, assisted the family on one such occasion. They were brought in to assist with operations like as excavating and cobbing during the filming of an episode in Morrow County.

Similarly, Wren and Ini revealed that the Raney family enlisted the help of a Missouri wood building company to construct a cabin for them.

“The Raneys did a lot of building and have incredible work ethic, but the cabin was mainly built by a Missouri log building company, Sticks and Stones: Real Log Homes”

Warren’s Mill and Cooper Well Drilling, two other enterprises who helped build the property, were also mentioned by the couple.

What is the Raney family’s annual salary?

Because it is well known that the show Homestead Rescue has a large budget and resources, fans may be curious about the Raney family’s income on the show.

However, neither the Raney family members involved with the show nor Discovery have divulged their earnings to date.

According to a June 2016 Business Insider report, “A” players, or the primary protagonists of a show, in a cable reality show make between $30 thousand and $10 million per season. This is the group in which the family belongs.

Similarly, Misty is said to have a net worth of $300,000, according to eCelebrityFacts.