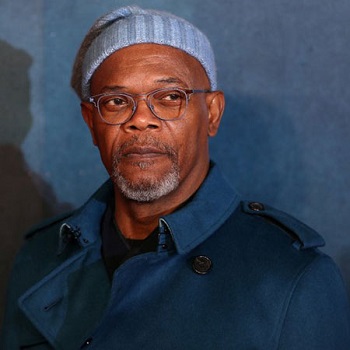 Samuel L. Jackson is one of the most hardworking actors in Hollywood. Pulp Fiction, Jurassic Park, and Star Wars: Episode I are just a few of his many successful films. Samuel has also appeared in films such as Sphere, The Negotiator, Kingsman: The Secret Service, Jurassic Park, and Jackie Brown.

Samuel L. Jackson, a well-known actor, was born in Washington, D.C., on December 21, 1948, and raised in Chattanooga, Tennessee. Unfortunately, his father died of alcoholism when he was still a child. In his entire life, he only met his father twice. He struggled with stuttering as a child.

After that, Samuel spent the majority of his childhood with his mother, Elizabeth Jackson. His mother worked as a factory worker and a mental institution’s supplies buyer. He attended several segregated schools.

Samuel completed his education and went on to Riverside High School in Chattanooga, where he graduated. He was a standout player in the school orchestra at the time, playing French horn and trumpet.

He originally planned to study marine biology at Morehouse College in Atlanta, but he changed his major after discovering a passion for acting.

After appearing in several plays, including ‘The Threepenny Opera’ and ‘A Soldier’s Pay,’ Samuel L. Jackson made his motion picture debut in the Blaxploitation film ‘Together for Days’ in 1972. He also appeared in the TV series ‘Movin’ On’ after four years. Samuel later moved to New York City, where he spent the next few years performing in plays such as “The Piano Lesson” and “Two Trains Running.” In addition, in 1977, he appeared in the film ‘The Displaced Person.’

Following that, Samuel jumped into more visible roles in ‘School Daze’ and ‘Do the Right Thing,’ which premiered in 1988 and 1989, respectively. He then starred alongside Robert De Niro and Lorraine Bracco in the 1990 film ‘Goodfellas,’ in which he played a minor role.

‘Def by Temptation,’ ‘The Return of Superfly,’ ‘Patriot Games,’ ‘Strictly Business,’ ‘Jungle Fever,’ ‘True Romance,’ ‘Amos & Andrew,’ Jurassic Park,’ and ‘The Meteor Man’ were among his many films from 1990 to 1993. After portraying the critically acclaimed character of ‘Jules Winnifield’ in the hit film ‘Pulp Fiction,’ Samuel became a global icon in 1994. Quentin Tarantino, the director, had his heart set on him for the role. The film was budgeted at $8.5 million with a marketing budget of $10 million, and it grossed nearly $213 million worldwide.

He also appeared in a string of forgettable films from 1995 to 1996, including ‘Kiss of Death,’ ‘Losing Isiah,’ and ‘The Great White Hype.’ In the year 1997, he played Trevor Garfield in the film ‘One Eight Seven.’ He went on to appear in other films such as ‘Eve’s Bayou’ and ‘Jackie Brown.’ In the same year, Samuel appeared in a number of TV shows, including ‘Happily Ever After Fairy Tales for Every Child’ and ‘Off the Menu: The Last Days of Chasen’s.’

He also appeared in ‘Deep Blue Sea,’ a shark thriller, and ‘Star Wars Episode I: The Phantom Menace,’ both in 1999. Samuel L. Jackson played a vagrant musician in ‘The Caveman’s Valentine,’ which was his only film for the year, after a few years. He appeared in the films ‘Terminator 3: Rise of the Machines,’ ‘No Good Deed,’ ‘Twisted,’ ‘Kill Bill Vol. 2’, ‘The Incredibles,’ ‘In My Country,’ ‘Coach Carter,’ and ‘The Man’ between 2003 and 2005. In 2006, he starred alongside Julianne Moore in ‘Freedomland,’ before appearing in ‘Snakes on a Plane,’ one of the year’s most unusual films.

He was also seen in the movie’s promotional music video, which served to heighten interest in the film. He was cast as a narrator in the direct-to-DVD film ‘Farce of the Penguins’ in early 2007, before going on to play a blues player in ‘Black Snake Moan’ and the horror film ‘1408’.

From 2008 to 2011, he starred in films such as ‘Iron Man,’ ‘Star Wars: The Clone Wars,’ ‘Soul Men,’ ‘Gospel Hill,’ ‘Inglourious Basterds,’ ‘Unthinkable,’ ‘Iron Man 2,’ ‘African Cats,’ ‘Captain America: The First Avenger,’ and ‘Arena.’ He also appeared in the TV shows ‘Curiosity,’ ‘Prohibition,’ and ‘The Sunset Limited.’ In the year 2012, the actor starred as Stephen in Quentin Tarantino’s film ‘Django Unchained,’ which was also one of his most successful films.

‘Pulp Fiction,’ released in 1994, is one of his all-time highest-grossing films. The film grossed a whopping $213 million, despite a production budget of only $8-$8.5 million. As a result, based on the profit-sharing agreement between producers and actors, he must have reaped a sizable profit.

Uma Karuna Thurman, Harvey Keitel, and Rosanna Lisa Arquette star in the film. Following that, he directed a number of successful films, including Changing Lanes, A Time to Kill, and Unbreakable.

In 2018, the well-known actor landed major roles in the blockbuster films Captain Marvel and Spider-Man: Far From Home.

Samuel L. Jackson has amassed a sizable fortune as a result of his illustrious acting career. As of 2019, Samuel’s net worth is estimated to be $220 million. Pulp Fiction, a 1994 American black comedy film, is one of his all-time highest-grossing films. The film’s budget was $8-8.5 million, and it was a success. As of 2019, Jackson is the highest-grossing movie star of all time, with more than $5.15 billion in total US box office receipts and an average of $70.5 million per film.

Samuel L. Jackson, a well-known actor, is married. On August 18, 1980, Jackson married her longtime girlfriend, actress, and sports channel producer LaTanya Richardson. Zoe, the couple’s daughter, was born after the couple had been married for a few years. They met at Morehouse College, where they were both students. They were also involved in a number of charitable projects, and they founded their own charity to support education.

He enjoys collecting action figures of the characters in his spare time. In addition, he enjoys collecting comic books. He also enjoys wearing various wigs and Kangol hats for his films due to his baldness. He is a talented golfer and a basketball and soccer fan, in addition to acting.

Height, Age, and Other Facts About Samuel L. Jackson