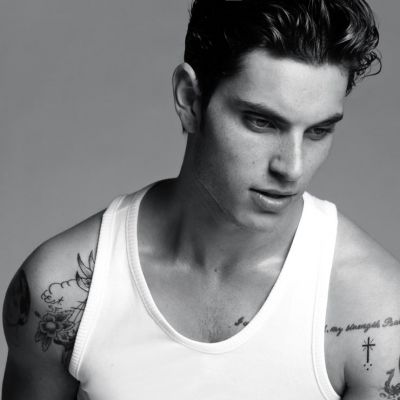 Do you know Who is Samuel Larsen?

Samuel was born on August 28, 1991, in San Francisco, California, USA, under the Virgo Zodiac sign, making him 28 years old in 2019. Her parents are Lupe Acosta and Henrik Larsen, who are of Iranian, Danish, Spanish, and Mexican descent.

This means Samuel is of mixed ethnicity and is of American nationality. Samuel has two siblings: Manolo Acosta, his older brother, and Morgan Larsen, his younger sister.

Samuel’s sexual orientation is straight when it comes to dating. He has previously been involved in one love affair. Samuel began dating actress Scout Taylor, and the couple made their relationship public in October 2011.

The couple was frequently seen at red carpet events, and things seemed to be going well for them. However, the two split up in early 2013, and Samuel has managed to keep his personal life very secret, away from prying eyes.

He isn’t known to be dating anyone, so he’s most likely single and pursuing his career. Samuel had to play a same-sex role opposite Alex on “Glee.” When asked how he felt about it in an interview, Samuel stated he was fine with it because he knew the show explored sexuality. His sole worry was what his mother would think after seeing the show.

He even called her ahead of time to inform her that it was just a role. He also auditioned for another role and was rumored to be gay. That, he claims, does not disturb him at all because he is quite content with it. Samuel’s favorite musician is Michael Jackson, his favorite animal is a lion, and he adores Christmas as well as the colors pink, black, and silver. In terms of film genre, he prefers drama.

He began playing the drums at a young age, and by the age of three, his father had cut his drumsticks in half to ensure that he held them properly.
His first cassette to listen to was the soundtrack to “The Lion King” – he was three at the time, and it was Christmas Eve.
Samuel was a huge Michael Jackson fan when he was younger. His admiration was so strong that he decided to sell all of his Star Wars toys at a garage sale to afford Michael Jackson’s “History” album.

He was also fascinated by superheroes, and when he was four years old, he broke his elbow while impersonating Superman.
At the age of 12, Samuel went to his first music concert, which was Van Halen.

Samuel auditioned for “American Idol” during its ninth season in 2010, but he was cut after making it to Hollywood since he did not make it to the semi-finals. Later, he began runway modeling for Ashton Michael, a fashion designer, where he met Skip Arnold, his future bandmate. He then relocated to Los Angeles and auditioned for “The Glee Project.” Simultaneously, he and Arnold formed the Bridges I Burn band, which was shortly joined by a third member, Salvatore Spinelli.

Samuel writes and performs the majority of his music. From 2017 to 2018, he toured with the rock band Palaye Royale. Larsen also tried out for the role of Sam Evans on “Glee,” but lost out when the position was offered to Chord Overstreet. Nonetheless, he made his first cameo on “Glee” in its third season in the 13th episode, “Heart,” as Joe Hart, a once home-schooled Christian. Samuel played two songs during the episode: Gym Class Heroes’ “Stereo Hearts,” as well as Madonna’s “Cherish” and The Association’s mashup “Cherish.”

Although Samuel’s award for winning The Glee Project was only seven episodes, he was fortunate enough to participate in all 10 episodes of the third season of “Glee.” In addition, Samuel appeared as a mentor in the second season of the Glee Project, in 12 episodes of the fourth season of “Glee,” and in the final episode of “Glee’s” final season. In July 2018, he was cast as Zed Evans in Anna Todd’s film adaptation of her best-selling novel “After,” which will be released on April 12, 2019.

Samuel is a tall man, standing at 5ft 11ins (180 cm) and weighing 154 pounds (70kgs). He has dark brown hair and brown eyes. Samuel’s deep, sunken eyes are a distinguishing trait.