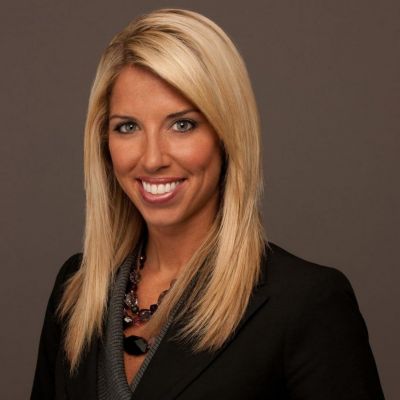 Do you know Who is Sara Walsh?

Sara Walsh is an American sportscaster who rose to prominence while working for ESPN between 2010 and 2017, where she hosted “SportsCenter” among other things. She has since joined FOX Sports.

Sara Elizabeth Walsh was born on April 12, 1978, in the Tampa Bay area of Florida, USA, to John Walsh and Wendy Walsh. She has not stated whether or not she has siblings. Sara attended Gulf High School in New Port Richey, Florida, and after graduation, she enrolled in the University of North Florida, where she became a member of the soccer team and set multiple records, including scoring the most goals in a game.

Sara’s work began in the early 2000s as a sports journalist for the Beaches Leader Newspaper in Jacksonville Beach. After a period, she moved on to the WPGA station in Macon, Georgia, where she worked as a Sports Director from 2001 to 2003. Sara’s popularity grew over time, resulting in new proposals from numerous television networks. As a result, she joined WKRN, based in Nashville, where she stayed until 2006, winning four regional Emmy awards.

She largely co-hosted the weekly “Monday Night Live” show with Jeff Fisher, the head coach of the National Football League (NFL) Tennessee Titans, and she also had a weekly radio show with Albert Haynesworth, then a Titans defensive tackle.

Sara’s hard work and dedication were noticed, and she was hired by CBS affiliate station WUSA-TV in Washington, D.C. She joined the station in 2006 and worked as the weekend anchor and NFL Redskins beat reporter for the next four years.

She did, however, land the deal of her career in 2010, when she was offered a slot on ESPN’s “SportsCenter” show. Sara also worked on several other shows, including “SportsNation,” “NFL Live,” “Fantasy Football Now,” and “First Take,” all of which contributed to her fortune. Sara, on the other hand, was dismissed by ESPN in May 2017, just days before she was scheduled to return to work after maternity leave. Despite this, she had already established herself as a celebrity, and she was quickly hired by Fox Sports as the new NFL reporter for the 2018-2019 season.

Sara has become a well-known sports writer and broadcaster since beginning her career, and her success has significantly boosted her income. Sara’s net worth has already surpassed $1 million.

Sara hasn’t revealed much about her personal life despite being a famous sports journalist and now a national celebrity. We have, however, learned a few things that we will share with you. Sara Buschmann is a married lady whose husband is former Arizona Diamondbacks pitcher Matt Buschmann. They began dating in 2012 and married on January 18, 2014, after two years of dating. Brees and Hutton, the couple’s twins, were born in February 2017.

Her official Twitter page has almost 150,000 followers, with whom she has shared her most recent professional accomplishments, including Fox Sports coverage of the Soccer Victory Tour, among many other posts.

Sara has over 70,000 followers on Instagram, and in addition to her professional accomplishments, she has shared milestones from her personal life, such as the birth of her children and time spent with friends and family.