Saweetie’s fans think she looks rather plain without makeup

Saweetie is considered one of the most attractive female rappers in the industry. 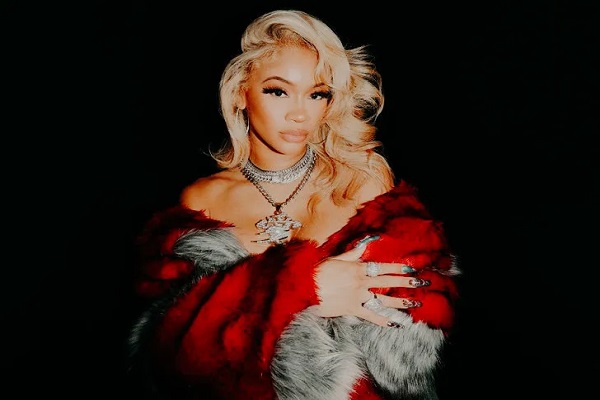 Diamonté Quiava Valentin Harper, better known by his stage name Saweetie, is a California-born rapper who rose to prominence with his single “Icy Grl” and has since taken over the music industry. It rapidly became one of the biggest summer anthems, propelling her to the forefront of the rap business.

Saweetie, on the other hand, is more than just a musician. She’s an expert on social media content, a fashionista, and a beauty guru. She’s largely regarded as one of the most attractive female rappers of all time. Naturally, she follows a well-honed sartorial and beauty regimen.

Her lengthy acrylic nails and killer cosmetic looks are rarely seen without her. Fans aspire to be like her, but she went viral on social media last year when photographs of her without makeup appeared during the pandemic.

With no makeup on, her beauty appeared to be much more “Dimed,” and admirers were startled, dubbing her “Basic” all over Twitter.

The beauty guru was unfazed by the unfavorable feedback, and she continued to produce new and unique content, garnering her the moniker of Queen of Quarantine. Fans were captivated by her humorous Birkin bag skits and stylish partnerships.

She shared her bold, unapologetic makeup looks on Instagram and even teamed with Morphe, one of the most well-known beauty brands, to create a festival-inspired cosmetics line to cheer up her followers who couldn’t attend music festivals.

With Billboard, Saweetie explained the motivation behind her cooperation, adding that she wanted to prove herself as more than just a rapper by dabbling in other fields. During the conversation, she discussed how important makeup is to her.

“The women who I aspire to be have their hands in different industries. So when I’m doing my due diligence in fashion, beauty, and music and working towards my goal of being a multi-faceted brand.”

Her Music Career Has Gone Viral

Morphe’s partnership is merely another feather in her ever-expanding cap. Music will always be at the forefront of her profession as a songwriter and rapper.

Saweetie has always loved creating songs and rapping. She concentrated on her rap career after graduating from the University of Southern California and began releasing freestyle videos on Instagram.

Her song ‘Icy Grl’ became viral in a matter of hours. She had to make a music video for it because it was such a smash. She was featured in Rihanna’s Fenty Beauty ad for the Superbowl in 2018, just a few months after the premiere of her music video.

In the same month, she was signed to Warner Bros. Records, a well-known music label. Following that, Saweetie released another viral track, ‘My Type,’ along with a music video that cemented her status as a true celebrity.

Saweetie’s first Billboard Hot 100 appearance was with this song, which reached No. 21.

‘Tap In,’ the lead track from her upcoming debut album ‘Pretty [expletive] Music,’ was released by the viral music star. Her following track, ‘Back to the Streets,’ starring Jhene Aiko, has surpassed 30 million views, while her third single, ‘Best Friend,’ featuring Doja Cat, has surpassed 130 million views.

Saweetie has been responsible for some of Hip-most Hop’s memorable viral moments, and her ability to do so is impressive.