Sawyer Fredricks kept his girlfriend out of the spotlight to protect her from fame’s perils.

Sawyer Fredericks, an American musician, keeps his personal life discreet, however it is known that he has a girlfriend who avoids the spotlight. 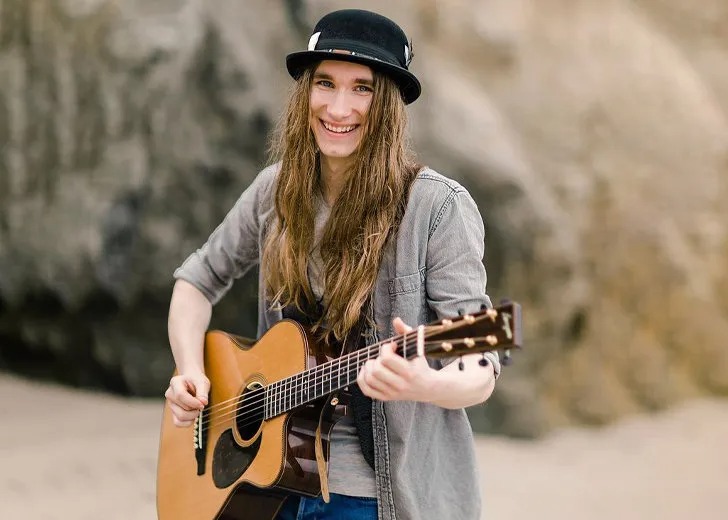 The winner of Season 8 of The Voice Sawyer Fredericks keeps his personal life a closely guarded secret, especially when it comes to his dating status.

However, it is well known that the artist has been dating Abigail, a lovely young lady, for some time but wants to keep her out of the spotlight.

The young singer began his path to popularity at a young age, and thanks to The Voice, a singing reality show, he rose to new heights in a short amount of time. Since then, he’s established himself as one of the music industry’s most promising new artists.

Fredericks has been tight-lipped about his romantic affairs, despite the fact that his song communicates a thousand volumes. He is, however, in a serious relationship, which is no secret.

When asked how difficult it is to spend time away from home in a 2019 interview with Govenue Magazine, the emerging singer responded that it is even more difficult now that he has a girlfriend back home and doesn’t like to spend time apart from her.

The couple uses Facetime and phone conversations to keep in touch while he is on tour. Fredericks even asked his girlfriend whether she was ready for him to be away a lot because he is a touring artist in the early days of their relationship.

It’s harder now that I have a girlfriend and I don’t want to be away from her that much. It’s a lot of FaceTime and phone calls, and in the beginning, it was like, “I’m a touring musician, so are you prepared for me to be gone a lot?

Fredericks stated he wouldn’t post about his partner on social media in another interview with Recorder News. People can be a touch hostile on social media, according to the Voice winner, and he doesn’t want her to be troubled by the fans.

But it’s not like he never mentions her on social media. Abigail, his girlfriend, appears in a few of his Instagram posts. “Getting some quality time in [heart and cheerful emoji] I hope everyone else is too #Grounded #LifeIsGood #LoveIsGood,” Fredericks captioned a cute selfie with his sweetheart in December 2017.

Even the couple’s supporters were overjoyed to see them together. “You guys are great together,” one of them wrote, while another added, “Cute couple.”
In addition, the artist shared a snapshot of himself and his band, as well as a photo of his lover with his arms wrapped around her. The photo was taken while the band was on tour in July 2018.

Fredricks identifies as an introvert

Despite the fact that the 21-year-old enjoys performing in front of large crowds and has been surrounded by cameras for a long time, he still feels awkward in social situations.

Sawyer Fredricks confessed in an interview with the Times Union that he is a genuinely introverted person who does not like a lot of media attention or cameras trained on him. He does, however, enjoy performing and believes that music allows him to express himself.

I’m definitely an introvert. I think that because I’m an introvert, it’s difficult to connect with people just by talking to them—so singing allows me to show who I am. Also, having a whole bunch of cameras, and tons of people watching me, wasn’t, like, something I really wanted to do.

He was also unconcerned about winning the competition. In fact, he would have liked a different participant to win The Voice Season 8 because he believed his rivals deserved it more than he did.

I wasn’t really worried about winning the show or anything—I actually would have preferred one of the other contestants to win the show, because I know they probably wanted it more than I did.

The Collide singer, on the other hand, stated that he was grateful to have won. And that he had moved on with his reclusive attitude.

Related Posts of Sawyer Fredricks kept his girlfriend out of the spotlight to protect her from fame’s perils.