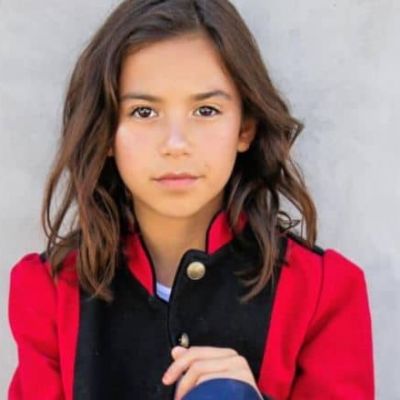 Do you know Who is Scarlett Estevez?

Scarlett Estevez was born on December 4, 2007, in Los Angeles, California, USA, and is a child actress best known for playing Trixie in the FOX channel’s hit TV series “Lucifer,” as well as Megan in the “Daddy’s Home” film series.

Scarlett Estevez is raised by her father, Anthony Estevez, a businessman and real estate agent, and her mother with her two siblings, Ben and Eloise. Her education is still unknown in the media, though there are rumors that she receives her education at home so that she can pursue her career.

Scarlett developed an interest in acting and entertainment when she was only two years old, which led to her landing a role in a Porsche advertising commercial the following year. She has appeared in over 30 national commercials for a variety of notable companies, including Toyota, Disney, KFC, Home Depot, and Minute Maid, to name a few. These jobs helped her catch the attention of some of the most successful producers and directors in the film industry.

As a result, Scarlett made her film debut as young Ashley in the short film “The Magic Bracelet” (2013) produced by the Make-A-Film Foundation, in which she collaborated with film stars such as Hailee Steinfeld and James Van Der Beek. During the same year, she appeared as a guest star in the pilot episode of the TV show “Redeeming Dave,” which was followed by her portrayal of Abigail in the film “And Then There Was You,” which she co-starred in with Garcelle Beauvais. Following the film’s success, she was cast in Nickelodeon’s web series “Junior Eye,” so her net worth is steadily increasing!

Her career began in 2010, and she has been an active entertainment industry member as a child actress since then. So, if you’ve ever wondered how wealthy Scarlett Estevez is, her net worth is estimated to be over $700,000. As she advances in her career, her fortune is expected to rise in the coming years; it will be interesting to see if she transitions into adult roles.

Scarlett is active on social media, including her official Instagram and Twitter accounts, in addition to her involvement in the entertainment industry.