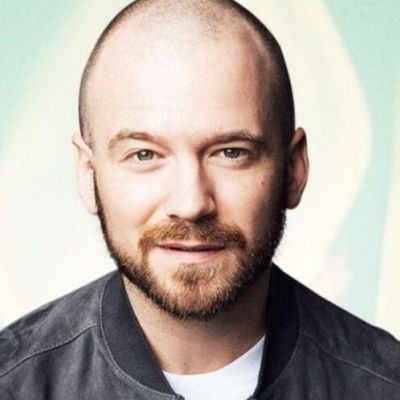 Sean Evans net worth is $8 million

Do you know Who is Sean Evans?

Sean Evans is a well-known YouTuber and producer from the United States. Sean Evans is best known for hosting the TV show ‘Hot Ones,’ in which he interviews celebrities while they eat increasingly spicy chicken wings.

Sean Evans was born on April 26, 1986, and is now 35 years old. Sean is a Taurus who lives in Evanston, Illinois. Sean Evans received his bachelor’s degree from the University of Illinois at Urbana-Champaign. He earned a Bachelor of Arts in broadcast journalism from this university in 2008.

Additionally, Sean Evans has featured his father on his Instagram account but has not mentioned his name or identity. He has a younger brother named Gavin as well.

Sean Evans is in a relationship with Natasha Alexis Martinez. Natasha is a Complex News anchorwoman. She was also a Los Angeles Lakers cheerleader and was crowned Miss California USA in 2015. Sean’s lover, like Sean, interviews celebrities for Complex on their YouTube channel.

Sean Evans works as a YouTuber and producer. He is best known as the host of the reality series Hot Ones. In this show, Evans interviews celebrities while they eat progressively spicier chicken wings.
Sean is also well-known as an internet personality, having been a part of the culinary YouTube channel First We Feast.
Furthermore, the Youtuber rose to prominence on the Internet due to his ability to conduct celebrity interviews as well as his consumption of extremely hot foods such as the Carolina Reaper pepper.
The Carolina Reaper pepper is the hottest pepper, according to Guinness World Records. The YouTuber also attributes his tolerance to his childhood consumption of spicy foods.
Before becoming an interviewer, Sean Evans worked as a copywriter for the Chicago Tourism Board. Similarly, in New Orleans, the YouTuber began freelancing for Complex Magazine.
He conducted interviews for the magazine and uploaded them to its YouTube channel.
2 Chainz, Gordon Ramsay, Sasha Banks, Marques Brownlee, Steph Curry, Billie Eilish, Shaquille O’Neal, Jeff Goldblum, Charlize Theron, Neil deGrasse Tyson, Guy Fieri, Post Malone, J Balvin, “Weird Al” Yankovic, Kevin Hart, Scarlett Johansson, and Paul Rudd were among the many celebrities interviewed by Evans. Among them all, the Kevin Hart episode received over 6 million views.