Season 4 of ‘Wafku’ is in the works, thanks to a successful Kickstarter campaign.

After fans demanded a fourth season of the French animated series Wakfu, the series’ creators launched a Kickstarter campaign. The campaign was a success, and the initial goal of €100,000 was met within an hour of the campaign’s launch, much to everyone’s astonishment. 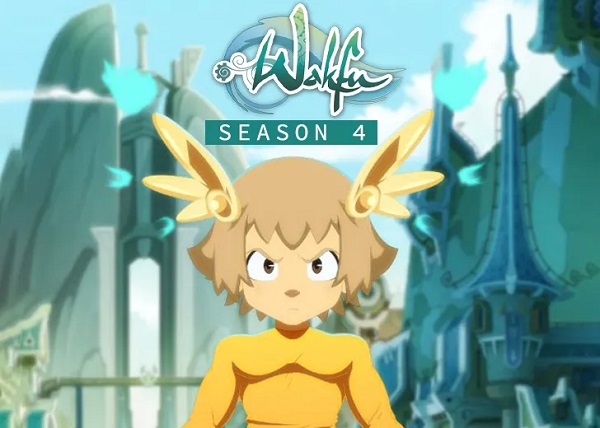 Season 4 of ‘Wakfu’ has a Kickstarter campaign.

After three successful seasons of Wakfu, fans expected the fourth season to be on a larger scale and filled with an emotional experience like the previous seasons. However, because the production costs for each episode exceeded several hundred thousand euros, Ankama [the series’ creators] were forced to launch a Kickstarter campaign.After the developers expressed their plans for the project, the Kickstarter campaign aimed to collect funding from backers [fans].

On May 7, 2020, the creators announced the fourth season, and on June 8, 2020, they launched the Kickstarter campaign. The initial goal of the campaign was €100,000, for which the developers committed to produce three episodes. Furthermore, they promised to release one more episode for every €100,000 raised from backers. Within an hour of launching the campaign, the initial goal of €100,000 was met. To now, the campaign has received €1,522,816 from 17,889 backers.

The concept of a Kickstarter campaign was not new to series watchers. As the creators had started one in January 2014 to make an English-language dub of the series.

The trailer for Wakfu Season 4 debuted on YouTube on the same day as the Kickstarter campaign [June 8, 2020]. The trailer looked intriguing and piqued the interest of many enthusiasts. According to the trailer’s description: The website for the official Kickstarter campaign also reveals a few plotlines for the future season. Yugo and his allies are said to have arrived at the gates of Ingloriom, the Kingdom of the Gods, following their war with Oropo and their own personal demons. Furthermore, the website claims that the unexpected twist would surprise viewers and make them want to rewatch the entire series.

However, there has been no official statement from the creators regarding the fourth season’s release date. However, according to Freshers Live, the series was expected to be released by April 2021, which we now know did not occur. The Wakfu season 4 release date is considerably more likely to happen in late 2021 or early 2022.
Fans will be disappointed to learn that this season will be the final one.

‘The Long History of Wakfu’

Wakfu, an animated series based on the video game of the same name, debuted on October 30, 2008, with 26 episodes. Following the popularity of the first season, the second season of the series was published in January 2010.

The series’ popularity grew so quickly that Netflix purchased the streaming rights from Ankama in 2014. The third chapter of the series released on Netflix on April 6, 2018, propelling the series to global acclaim.
Anthony Tot Roux directs Wakfu, and Xavier Xa Houssin and Kim Tcho Etinoff lead the character design.

Related Posts of Season 4 of ‘Wafku’ is in the works, thanks to a successful Kickstarter campaign.