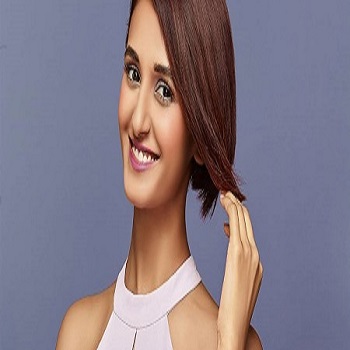 Shakti Mohan, an Indian contemporary dancer, and actress has won the second season of the dance reality show Dance India Dance. She was also a judge on the Indian channel Star Plus’s hit dance reality show Dance Plus and the international show Dance Singapore Dance. Similarly, she has her own dance company, Nritya Shakti, and has produced two online series, “Break A Leg” Season 1 and 2, on YouTube.

Shakti Mohan was born in Delhi, India, on October 12, 1985. Brijmohan Sharma and Kusum Mohan are her parents. She spent the majority of her childhood in her hometown of Delhi. Neeti Mohan, Mukti Mohan, and Kriti Mohan are her three sisters. Mutki is a contemporary dancer and her sister Neeti is a playback vocalist.

Mohan received her education at Delhi’s Birla Balika Vidyapeeth. She relocated to Mumbai in 2006 after finishing her education and earning her MA in Political Science from St. Xavier’s College.

Shakti intended to be an IAS officer at first, but her debut on Dance India Dance changed her plans.

Shakti Mohan, the title owner, gained greater confidence in her dancing and became one of dance reality’s dance sensations. Following her success, the dancer released dance-themed calendars for the years 2012 and 2013. She competed in Colors TV’s ‘Jhalk Dikhla Jaa,’ a reality dance competition, and placed in the top three contestants.

Then she and her dance partner Kunwar Amar appeared on Channel V’s reality show Dil Dosti Dance. She also appeared alongside Saroj Khan in the dance class show Nachle Ve.

Mohan also starred as a captain on Dance Plus season 1-4, alongside Dharmesh Yelande and Punit Pathak, in a popular reality dance show. Raghav Juyal, one of the best Indian slow-motion dancers, hosted the show. She also heads the Nritya Shakti initiative, through which she has participated in various dance workshop tours.

Aside from dancing shows, the dance sensation has appeared in a number of movie songs, including Tees Maar Khan, Rowdy Rathore, Dhoom 3, and Samrat & Co.

Her career as a Bollywood choreographer began when she was offered a role in the film Padmaavat, which stars Deepika Padukone, Ranveer Singh, and Sahid Kapoor, for the song “Nainowale Ne.” In addition, she choreographed a song for Ranbir Kapoor in the upcoming film Shamshera.

Body Measurements, Net Worth, and Salary

Shakti Mohan’s current net worth is estimated to be about $1 million. Her career has provided her with nice pay.

Mohan has amassed a sizable fortune and received multiple important awards for her incredible dance abilities. She has also worked on a number of projects, and her television appearances pay her well, resulting in sizable net worth. Shakti is paid $3,667.03 every episode for her work as a judge on many reality series.

She has also appeared on Dance Plus 1, 2, and 3, Dance India Dance Super Moms, Dil Dosti Dance, Nachle Ve with Saroj Khan, and Mai Lakshmi Tere Aangan Ki, among others. In the seventh season of Jhalak Dhikhla Jaa, she was one of the Top 3 contestants.

In 2013, Mohan started a YouTube channel where she teaches people how to dance. She and her sisters have collaborated on dance music videos. She is a gifted dancer who is trying hard to establish herself as one of India’s most recognized dancers.

Is She Dating Raghav Juyal in Her Personal Life?

Shakti Mohan, 35, has been linked to Raghav Juyal, a fellow dancer and the host of Dance Plus. Fans have been hooked on the show because of their adorable and healthy firstborn, and they’ve been wondering if they’re dating. The pair, however, has refuted the relationship rumors, claiming that they are only good friends.

Punit Pathak and Amar Kunwar, two more well-known Indian dancers, were said to be dating the dancer. However, the rumors were never confirmed.

The dancer is currently enjoying her singlehood with her family. She is currently based in India’s capital, Delhi.

Mohan is also well-known on social media platforms such as Instagram, where she has over 9.2 million followers.