Shamin Abas is the owner of Shamin Abas Ultra-Luxury Brand Marketing & Business Development, a public relations firm. She is dating Matt Lauer, the former anchor of the Today show, after his first marriage ended in divorce due to sexual misconduct claims. 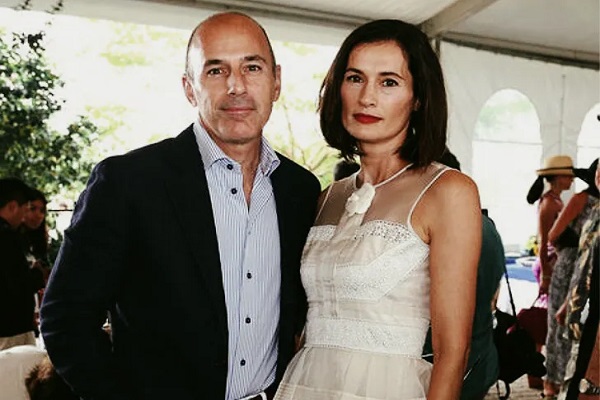 Abas, a public relations executive, is dating Matt Lauer, the former anchor of the Today show. After more than a decade of friendship, the two have started dating.

Apart from being in a relationship, the dynamic duo has something more in common: they’ve both had failed relationships in the past, with Shamin getting divorced twice and Matt’s marriage ending due to a sexual misconduct claim.

It’s possible that their shared experience of betrayal brought them closer.

Shamin has had two divorces

She has been married twice in her life, at the age of 50. She met her first spouse while working on a cruise ship. Her first husband, a cosmetic dentist in Detroit, was her first love.

In an interview with the Palm Beach Post, Abas implied that the financial strain was one of the reasons for her second marriage’s demise. On July 17, 2007, the publicist filed for divorce, claiming that their marriage was “irretrievably ruined.”

Matt Has Been Charged With Sexual Misconduct

Former NBC colleague Brooke Nevils accused Matt of sexual assault during the 2014 Olympics in Russia in October 2017. Ronan Farrow’s book, Catch and Kill: Lies, Spies, and a Conspiracy to Protect Predators, presented the sexual assault claim. Matt rejected the rape allegation, claiming they had consensual intercourse that proceeded to a three-month relationship.

After many allegations of sexual misconduct were brought against him, the TV personality was sacked from the firm in November 2017. He issued an Instagram apology, expressing regret for the hurt caused by his comments and actions.

Matt also stated that while some of the things claimed about him were false or misrepresented, there was enough truth in the stories to make him feel humiliated and ashamed.

Matt’s Divorce Was Caused by a Sexual Allegation

Matt and Annette Roque have been married for 20 years and have three children, Jack, Thijs, and Romy, who are 19, 13, and 16 years old, respectively. Following many allegations of sexual misconduct against him, Annette filed for divorce from the former Today show presenter.

The former couple agreed to split their assets, with Annette receiving $25 million from her ex-husband and joint custody of their children.

With Matt and his son, Shamin went to a car show

In December 2019, Matt Lauer, the former host of the NBC Today show, and Shamin were photographed together boarding a trip to New Zealand for a romantic vacation. They’ve been pals for nearly 15 years after meeting at work in 2005.

Matt and Shamin went to a vehicle exhibition in the Hamptons, New York, with Matt’s eldest son Jack. Abas even photographed the father and son posing inside their autos. They were also seen in Orient, New York, riding in Matt’s $1.4 million yacht.

Shamin has worked with companies such as Jet Aviation

The firm designs, produces, and promotes marketing events for high-profile individuals and some of the world’s most prominent brands. Ferrari North America and Jet Aviation are two of the companies with which the firm has collaborated.