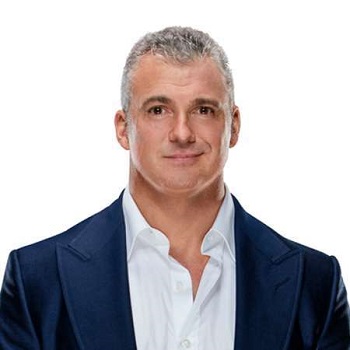 Shane Brandon McMahon is WWE Chairman and CEO Vincent McMahon’s eldest son. He is a businessman who also wrestles on occasion. Shane McMahon is also the WWE’s minority owner and vice-chairman of the Seven Stars Cloud Group Inc.
Shane McMahon is the current on-screen commissioner of SmackDown Live, WWE’s weekly television show. In 1989, he began his professional career as a referee for the WWF.

Later, he was promoted to executive vice president of WWE global media, where he was in charge of foreign television distribution. McMahon has also stepped into the ring as a professional wrestler on occasion.

Shane McMahon was born in Gaithersburg, Maryland, on January 15, 1970. With his parents and brothers, he grew up in Maryland. He is Vince McMahon’s eldest son and Linda McMahon’s oldest son. His nationality is American, and his ethnicity is White-American. Stephanie McMahon, McMahon’s sister, is both a wrestler and a businesswoman.

The information on Shane McMahon’s educational history is missing. Shane McMahon debuted in WWE in 1989 as Shane McMahon. In 1991, he served as a referee for the Royal Rumble fight. Later, he stepped down as a referee and was introduced as a backstage official at WrestleMania VIII.

Shane made his debut appearance as a regular on-air persona in 1998, portraying a key WWF executive negotiating with Mike Tyson. After winning the European Championship from X-Pac in 1999, Shane went from the commentary role on Heat to become a significant component in the Corporation angle. After WrestleMania, Shane gained control of the Corporation. Shane made an appearance against Blackman and lost after falling from a height of 40 feet. After that, Shane vanished from the television screen, reappearing on occasion.

Prior to 2009, McMahon was involved in a number of events and incidents, including Sporadic appearances (2003), Feud with DX and Bobby Lashley (2006), Final storylines before sabbatical (2008), and many others. McMahon resigned from WWE in 2009 and announced his retirement. He reappeared on Raw on February 22, 2016, interrupting his sister, Stephanie McMahon, after a seven-year absence.

Shane McMahon is married to Marissa Mazzola in his current relationship. Shane’s given name is Shane Brandon McMahon, and he is of straight sexual orientation.

According to The Richest, Shane McMahon has a net worth of $35 million. From his business and as a professional wrestler, he has accumulated a sizable net worth. Shane McMahon is the eldest son of WWE CEO Vincent McMahon, and his WWE pay is £1.7 million ($2.31 million). He is presently the on-screen commissioner for SmackDownLive, WWE’s weekly television show.

McMahon lives in a mansion on Rohde Island’s Charlestown. He also has a few high-end automobiles. At WWE, he owns 2% of the company. In addition, he serves as vice-chairman of the Seven Stars Cloud Group Inc.

McMahon has been involved in a number of philanthropic organizations and initiatives. On the crowdfunding website gofundme.com, he has raised almost $37,000. For a long time, he has given a sizable sum to the trustees and charities.

Shane McMahon is a husband and father. On September 14, 1996, he married his lover Marissa Mazzola, a TV anchor and film producer, in a private ceremony. Declan James (born 2004), Kenyon Jess (born 2006), and Rogan Henry are his three children with his wife (born 2010).

During his wrestling career, he wore baseball jerseys with the words “Shane O Mac” on the front. With his family, he currently resides in New York City and Maryland.

Shane is a tall man who stands 6 feet 2 inches tall and has a fantastic body structure thanks to daily workouts.