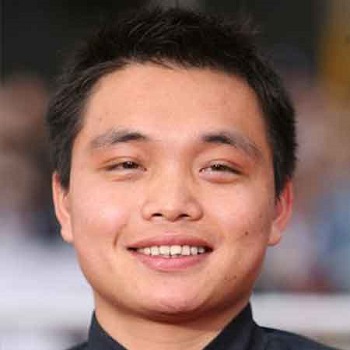 Shaobo Qin, a Chinese actor, rose to prominence as a result of his role in the popular film series Ocean’s Eleven. He co-starred in the film with George Clooney, Brad Pitt, Julia Roberts, and other Hollywood A-listers. He is a talented acrobat who began performing when he was 11 years old and is one of the few outsiders to make it big in Hollywood.

Shaobo Qin was born in the Chinese province of Guangxi in 1982. He’s kept everything about his childhood hidden behind the curtain. His parents and siblings have not been identified.

He has a strong interest in acrobatics and has performed outstanding gymnastic feats since he was a child.

At the age of 11, Shaobo Qin began performing acrobatics. He could envision himself as a professional gymnast in the future right from the start. His family encouraged him to pursue his dreams and enrolled him in an acrobat school.

He couldn’t perform the difficult gymnastic feats at first and quit after only two days, but motivated Qin persevered and finished on the third attempt. The gymnast decided to move to the United States to pursue his dream of better training and job opportunities.

Qin began training other students in an institution after traveling to Los Angeles, California, for the company’s international tours. The artist was cast in the American heist film Ocean’s Eleven in 2001 as a result of his incredible gymnastic abilities. He portrayed the character of The Amazing Yen in the film. Qin co-starred in the picture with Brad Pitt, Julia Roberts, Matt Damon, George Clooney, and a slew of other Hollywood heavyweights.

Steven Soderbergh directed the super hit film Ocean’s Eleven, which grossed an unprecedented $450.7 million at the box office. With an IMDB rating of 7.8, the film received strong praise from critics. Following the film’s success, the actor played The Amazing Yen again in Ocean’s Twelve in 2004. With a gross of $363 million, it was also a phenomenal success at the box office.

Following the popularity of the sequel to Ocean’s Eleven, Qin starred in Ocean’s Thirteen (2007). The film grossed $311.7 million worldwide.

Shaobo Qin, a Chinese actor, debuted in Ocean’s 8, a spin-off of the Ocean’s trilogy, in 2018. Qin reprised his role in the heist comedy flick. Rihanna, Sandra Bullock, Anne Hathaway, Gigi Hadid, and a slew of other top Hollywood stars appear in the film. The film was released in June 2018 and grossed a whopping $294.5 million worldwide.

He received a sizable sum of money for his role in the blockbuster Ocean’s trilogy film series. According to several accounts, the actor has amassed a sizable fortune from his professional career, but his net worth is now unknown.

Shaobo Qin is one of many superstars who keep their personal lives hidden from the public eye. He is now unattached and unattached. There are no records of the actor’s previous relationships.

Above all, the Ocean’s Eleven stars is a virtuoso at keeping his personal life private. Qin’s fans are in the dark because he isn’t on any social media platforms.