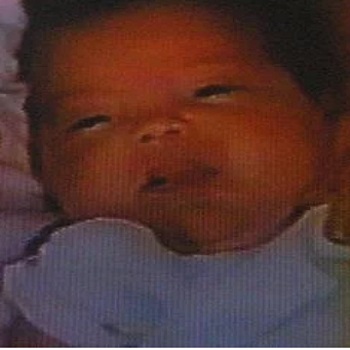 Shea Joelle James, famed for Pixels and Hubie Halloween, was born with a silver spoon in her mouth. She is well-known as the daughter of Kevin James, the star of The King of Queens, and actress Steffiana de la Cruz.

When does Shea Joelle James celebrate her birthday? What is her age?

Shea is the second oldest of four children, having been born in Los Angeles on June 14, 2007. She will be 14 years old in 2021. James is the daughter of American actors Kevin James and Steffiana de la Cruz, as previously stated. Her mother, Steffiana, was 32 years old at the time of her birth.

Shea Joelle James is said to be named after Shea Stadium in New York.

Her nationality is American, and she is of mixed ethnic ancestry.

Shea was raised by her older sister Sienna-Marie James (born September 30, 2005) and younger siblings Kannon Valentine James (born April 24, 2011) and Sistine Sabella Jame (b. January 2015). Aside than that, nothing is known about her education.

What if I told you that Kevin James, Shea Joelle James’ father, first published images of her a month after she was born on Live with Regis and Kelly in July 2007.

Made Acting Debut As Child Actor

James made her acting debut when she was eight years old in the 2015 film Paul Blart: Mall Cop 2, which also starred her father Kevin James, Eduardo Verastegui, Raini Rodriguez, and Daniella Alonso.

Shea starred as Lucy in the CBS sitcom Kevin Can Wait, which also starred Erinn Hayes, Taylor Spreitler, Ryan Cartwright, and Gary Valentine, from 2016 to 2017. The show premiered on September 19, 2016, and ran till May 7, 2018.

In 2020, she starred alongside Julie Bowen, Ray Liotta, Rob Schneider, and Shaquille O’Neal in the mystery comedy-horror film Hubie Halloween as Cooky’s Friend.

Netflix aired the film on October 7, 2020, as a homage to actor Cameron Boyce, who was slated to star in the film but died in 2019.

What Will Shea Joelle James’ Net Worth Be In 2021?

In total, the aspiring actress has appeared in four films and television shows. Her net worth has not been revealed as of yet. But it’s impossible to deny that, as the daughter of millionaires, she lives a lavish lifestyle.

Kevin James’s net worth as of 2021 is estimated to be approximately $100 million, owing to his successful acting career on TV shows such as The King of Queens, Everybody Loves Raymond, Kevin Can Wait, the Hotel Transylvania franchise, Pixels, and Hitch.

Shea’s mother, Steffiana, is an actress with a net worth of $5 million.

Hubie, who is still in her early teens, is a very private person who tries to keep a low profile. Shea isn’t on any social networking sites like Instagram or Twitter. She is currently in the custody of her parents, who are aware of the importance of erecting barriers to protect her from the media’s relentless bombardment.

Shea’s uncle Gary Valentine, in addition to her parents, is a well-known person in the entertainment industry. Leslie is the name of her aunt.

Shea Joelle James’ parents met on a blind date and married soon after, according to reports. They married on June 19, 2004, at the St. Edward Catholic Church in Dana Point, California, following a year of engagement.

She currently resides in Delray Beach, Florida, with her parents and siblings in a home that her father purchased for $18.5 million in 2012.