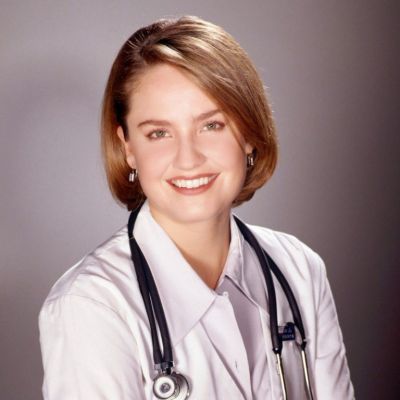 Do you know Who is Sherry Stringfield?

Sherry Stringfield is a well-known American actress best known for her role as Dr. Susan Lewis in the TV drama series “ER.” She is also well-known for her roles in films such as “Autumn in New York” and “54.” Let’s learn more about her current activities and dig for more information on her true net worth, measurements, and so on.

Sherry has naturally straight blonde hair that she likes to keep at a medium length and green eyes. Sherry stands 5ft 7ins (1.7m) tall and weighs approximately 123lbs (56kgs). Her vital statistics are currently unavailable, however, she appears to be in good shape and looks her age. Her wardrobe style is neat and classy, and she frequently wears feminine suits, skirts, shirts, and high heels.

Sherry Lea Stringfield was born on June 24, 1967, in Colorado Springs, Colorado, USA, under the sign of Cancer, and is an American citizen. Except for the fact that her grandmother was Swedish (Sherry’s father’s mother), little is known about her family members. She only acknowledged having two younger siblings once, but she never stated if they are brothers or sisters.

Sherry and her family moved frequently, first to Albuquerque, New Mexico, and then to the Houston suburbs, where she spent the majority of her childhood and youth. Sherry is currently residing in Los Angeles.

Sherry graduated from Klein High School in Texas in 1985. She had to travel 48 kilometers round trip to school every day because it was far away from her hometown, but it’s worth noting that Klein High School has other notable alumni, including Lee Pace (star of “The Hobbit” trilogy), Lynn Collins (star of “X-Men Origins: Wolverine”), and Matthew Bomer (who played in the “White Collar” TV series).

Sherry then enrolled in Purchase College, the SUNY (State University of New York) Acting Conservatory, where she attended lessons with another future popular actress, Parker Posey (who rose to popularity for her role in “Dazed and Confused” (1993)). Sherry received her BA in Fine Arts in 1989.

Sherry was cast in the role that divided her life into “before” and “after” in 1994. Sherry was set to play Dr. Susan Lewis in the drama series “ER” (1994 – 2009). She was nominated for three Emmy Awards in the category “Best Lead Actress” for each season she appeared in it; however, even though she was bound by contract to appear in five seasons, she decided to leave after the third season, despite the unpleasant and uncomfortable feelings that surrounded the situation. – Because Sherry left far earlier than she should have, the contract barred her from appearing in any TV show or film. She kept herself occupied by teaching script analysis seminars and directing several plays at the university where she studied.

Sherry returned to the cast after giving birth to her first child in 2001, as she strongly felt she wanted to work. However, not feeling completely comfortable with the production schedule, she left the series in 2005, only to return in 2009 for the final episode, “And in the End…” “I am incredibly grateful for the time I spent in ER,” she said once. It’s a fantastic program, and I’ll miss so many of the characters. But I’m up for new roles and challenges.” Some crew members, including the show’s executive producer, John Wells, never forgave Sherry for her decision to quit twice.

Sherry’s net worth is estimated to be over $7 million, gained from acting in major TV shows and movies, always working hard, and taking breaks only to give birth to her two children. As she continues to receive fresh offers, her net worth will rise, and we will see Sherry in many more films and television shows in the coming years.

Sherry dated Paul Goldstein, a British businessman and the chairman of Nevica skiwear, in the early 1990s. Their romance lasted almost three years before ending when both parties agreed that their affair had run its course. Sherry married journalist Larry E. Joseph in October 1998. During their seven-year marriage, they had a daughter, Phoebe (born in March 2001), and a son, Milo (born on 12 April 2004). Sherry and Larry divorced in 2006 without ever revealing their reasons. Sherry is still unmarried in 2019, and there are no rumors of a current relationship.

Sherry is an avid motorbike rider who enjoys traveling, skiing, and reading.

Sherry starred in a super-popular “Got Milk” ad in 1997 (together with Britney Spears, Beyoncé, Venus, Serena Williams, and Rihanna). She admitted to being lactose intolerant, but as a big milk fan, she allowed herself a regular drink.

Sherry is hardly active on social media platforms, leaving all of her followers to handle all of her activities. There is an Instagram account run by her Argentine fans, but it has just 650 followers and has nothing to do with the actual Sherry Stringfield. She does not have a Twitter or Facebook account.