Gustaf Skarsgrd is a Swedish actor who hails from a family of actors. 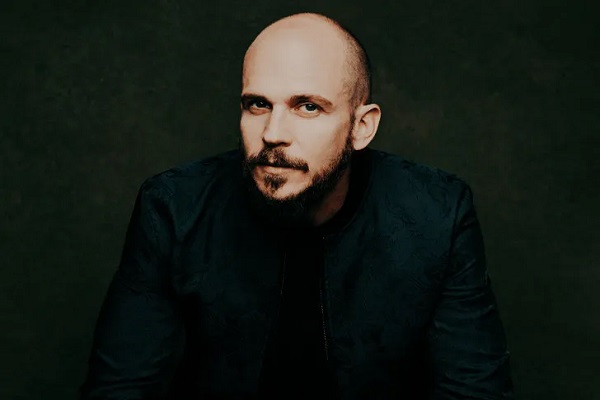 Gustaf Skarsgrd, a Swedish actor, debuted in the film industry in the late 1980s. He has since acted in a number of films and television shows, becoming a well-known figure in the entertainment world.

The actor’s most recent major role was as fabled sorcerer Merlin in Netflix’s fantasy period drama series Cursed, which he starred in early 2020.

Gustaf began his acting career at a young age

The Westworld star began his acting career when he was nine years old, in the Swedish thriller Codename Coq Rouge, released in 1989.

He continued to work as a kid actor in the 1990s, but there were gaps between his productions. Prima Ballerina, My Friend Percy’s Magic Sneakers, Summer, House of Shadows, and Euroboy were among his acting credits at the time.

Since the early 2000s, the actor has been actively pursuing his acting profession. He appeared in films such as The Invisible, Cleo, Evil, Swedenhielms, Kidz in da Hood, and Arn: The Knight Templar during this time.

Gustaf won the Guldbagge Award for Best Actor in a Family Drama in 2007 for his performance of Johan in the 2006 film Kidz in da Hood.

Despite having worked as an actor since the late 1980s, his breakthrough role came in the History Channel’s Vikings in 2012, when he was cast as eccentric shipbuilder Floki Vilgeroarson.

Gustaf’s Floki helped his warrior friend Ragnar design and build the new generation of Viking ships in the series.

Ragnar Lothbrok, a renowned Viking hero, dreamed of becoming a fearless warrior and commander of Viking clans in order to support his equally ferocious family.

Karl Strand in the mystery sci-fi series Westworld, Martin Schibbye in the thriller drama film 438 Days, Göran Skoogh in the comedy-drama film Patrik, Age 1.5, and Merlin in Netflix’s series Cursed are among the parts he has played.

He went to acting schools

The actor studied in Teaterhogskolan, a Swedish acting and mime school, after graduating from high school. From 1999 to 2003, he studied acting there. He went on to the Royal Dramatic Theater and the Stockholm City Theatre later on.

His father and brothers and sisters are also actors

Gustaf is the son of Stellan Skarsgrd, a well-known Swedish actor, and My Skarsgrd, a physician.

Stellan, the father of the Vikings star, is known for his roles in films like The Avengers, Thor, and Pirates of the Caribbean: Dead Man’s Chest.

Alexander, Gustaf’s lone older brother, was born on August 25, 1976. Like his brother and father, the Stockholm native is a well-known actor. True Blood, The Legend of Tarzan, Straw Dogs, and Big Little Lies have all featured the elder Skarsgrd.

Sam Skarsgard, Stellan and My’s third child, is a professional doctor. On June 5, 1982, he was born.

So date, Sam has only appeared in one film: Jim & Piraterna Blom, a 1987 adventure comedy. He also acted as a body double for his brother, Gustaf, in the fantasy thriller The Invisible, released in 2002.

Bill Skarsgard is Stellan’s fourth son and Alexander, Gustaf, and Sam’s younger brother. And, like his father and two brothers, he has built a reputation for himself in Sweden as an actor.

Among the many projects in which the 1990-born actor has appeared are It, It Chapter Two, Deadpool 2, and Allegiant.

Eija Skarsgrd is a Swedish actress

Eija Skarsgrd is the sole daughter of the Skarsgrd siblings. On February 27, 1992, she was born to her parents as the fifth child.

Valter is the youngest of the Skarsgrd siblings and Stellan’s sixth son. He’s also a performer.

Arn, Svartsjön, Lords of Chaos, and IRL are among the films in which the 1995-born actor has appeared.

Is Gustaf married or unmarried?

From 1999 to 2005, the actor was in a long-term relationship with Swedish actress Hanna Alstrom.

Alstrom is most recognized for her role as Crown Princess Tilde of Sweden in the films Kingsman: The Secret Service and Kingsman: The Golden Circle.

Gustaf, on the other hand, has managed to keep his personal life out of the spotlight after his divorce from her.

That is, until September 5, 2017, when he was photographed with model Caroline Sjöström at the premiere of the horror film It in Los Angeles. It is unknown, however, if they continued to see each other.

How tall is Gustaf from ‘Vikings’? How old is he?