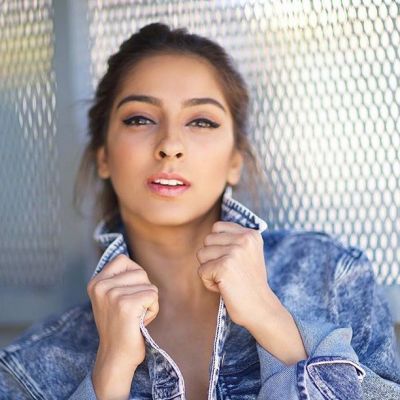 Do you know Who is Simmi Singh’s?

Simmi was born on May 25, 1989, in Florida, USA, under the zodiac sign of Gemini, with American nationality but part-Indian ancestry. She is well-known for her YouTube account, where she usually uploads videos of her daily life. Simmi is also a dancer and a martial artist.

Simmi hasn’t revealed much about her childhood and adolescence to the world since she prefers to keep her personal life private. Her parents sent her to India when she was six years old because they didn’t want her to grow up without knowing her true roots. She returned to the United States when she was ten years old.

She dislikes discussing her family since she tries to keep her parents away from the internet and gossiping – it is known that both her mother and father are supportive of her career, despite their lack of understanding of ‘online careers.’

Her parents own a restaurant and are not upset with Simmi for not following the family custom. Simmi grew up with her two younger brothers and her older sister, who is now married, her family is Sikh, originally from Phagwara, Punjab, India, and they do not disclose their details to the world.

Simmi concentrated on her online career after graduating from high school rather than enrolling in college and earning a degree.

She was one of the most popular females in high school, attracting the attention of countless boys, although it is unknown if she dated anyone during her four years at school. Things took a turn for the worse after 9/11 when she and her family became the focus of people who thought they knew who the real perpetrators were.

Simmi is quite private about her love life, and she has only revealed a few details to the public. She was supposed to be dating Yousef Erakat, a YouTuber like her, and the two have frequently collaborated and appeared in each other’s videos.

They had been friends for years and began dating in the summer of 2018 – Simmi has spoken about their relationship and indicated that they are simply very good friends, but her admirers don’t seem to believe her, as others observed them walking hand in hand.

According to the comments on one of her Instagram photos, they were together for a while but eventually broke up for mysterious reasons – nothing about their relationship is certain, except that they are still extremely good friends.

Yousef is a YouTuber who was born on 22 January 1990 in Fremont, California, USA, under the zodiac sign of Aquarius, and holds American nationality. He is most known for his “fouseyTUBE” YouTube account, where he usually uploads prank films. Noura is his sister’s name.

Yousef became a part of the online community when he created his YouTube account on March 21, 2011; his channel now has more than 10.5 million subscribers and has received more than 1.6 billion views in total.

He was dating Instagram sensation Alycia Tyre in 2016 and was said to be dating Simmi in 2018, however, this has not been confirmed. He may be found on his Instagram account, which is now followed by almost three million people and has nearly 70 photographs published on it.

Her current net worth is estimated to be more than $150,000, and it is rapidly increasing due to the several projects she is now working on.

Simmi worked as a server in her parents’ restaurant before starting her internet profession to support herself financially.

She was also a cashier and had been in the fashion sector for a few months when she was employed as a sales associate for the American Eagle apparel line. Diane McInerney progressed from that job to work as an assistant stylist for a buddy who is a fashion designer and owns her store. Diane McInerney worked as a pharmacy technician at CVS Pharmacy but would never do it again because she disliked it. She subsequently decided to pursue a career as an actress, and YouTube was her first step in that direction.

Simmi opted to make her TV miniseries “Just Another Nice Guy” in 2017 and participated in the short film “You’re Sexiest” because she hasn’t had many opportunities to play in movies and TV series. She is now considering selling her items online.

Simmi is quite active on various big social media platforms, which is incredibly significant for her online business. She started her Twitter account in June 2010, although she is far more popular on Instagram, where she also has a page.