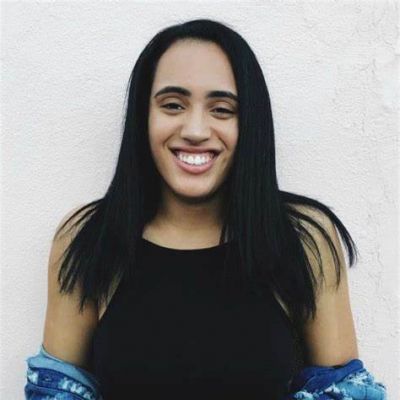 Do you know Who is Simone Alexandra Johnson?

It’s difficult to avoid the entertainment world when both of your parents are involved; Simone is the daughter of legendary wrestler turned actor Dwayne ‘The Rock’ Johnson and his ex-wife, producer Dany Garcia. She has been striving to make a name for herself and has recently begun a modeling career, working closely with IMG Models.

Simone Alexandra Johnson was born on August 14, 2001, in Davie, Florida, USA, to Dwayne Johnson and his first wife, Dany Garcia.

Dwayne and Dany separated seven years into her existence and agreed on joint custody of their daughter; despite being only seven years old, Simone appeared to handle the new situation with ease and continued to have a fantastic time with both of her parents, especially The Rock. Simone has become a half-sister to Tiana Gia Johnson and Jasmine Johnson, the daughters of Dwayne and his second wife, Lauren Hashian, since her parent’s divorce.

Now that we’ve covered everything there is to know about Simone Alexandra, let’s talk about her father, the famed wrestler and actor Dwayne Johnson.

Dwayne Douglas Johnson was born on May 2, 1972, in Hayward, California, USA, and is of half-Black and half-Samoan heritage. He is the son of Ata and Rocky Johnson and hails from a wrestling family that includes wrestlers Peter Maivia, Roman Reigns, and Lia Maivia. During his childhood, he lived in New Zealand, as well as Charlotte, North Carolina, and Hamden, Connecticut.

He also relocated a lot during his adolescence, attending many high schools, including Freedom High School in Bethlehem, Pennsylvania, USA. Dwayne developed an interest in sports as he grew older, and he participated in high school football, wrestling, and track and field teams. He enrolled in the University of Miami, where he earned a Bachelor of General Studies in criminology and psychology and played football, but due to many injuries, he had to give up on a professional career after only two months with the Calgary Stampeders of the Canadian Football League.

Simone Alexandra hasn’t been particularly forthcoming about her personal life, albeit a few facts have emerged since her initial public appearance. According to insiders, she is currently single and focusing solely on her burgeoning modeling career.

Her father recorded a video in which he said he would choke Simone Alexandra’s boyfriend because he is still overly protective of his daughter and loves her like a princess.

Simone’s modeling career is still in its early stages, but she has already accomplished so much, and her success has significantly boosted her riches. So, as of mid-2019, do you know how wealthy Simone Alexandra Johnson is? According to reliable sources, Johnson’s net worth could be as high as $1 million, which is still highly respectable but pales in comparison to her father’s fortune, which is reported to be around $280 million.

Dwayne’s wrestling career began in the mid-1990s when Pat Patterson assisted him in joining the World Wrestling Federation (WWF). He became known as The Rock after winning eight WWE Championships, as well as the WWF Intercontinental Championship twice and the Tag Team Championship five times with three different partners.

He has other additional wrestling feats that have helped him build a name for himself in the acting industry. His acting career began in the late 1990s, and since then he has appeared in several box office hits, including “The Fast and the Furious” franchise as Luke Hobbs, then “The Other Guys,” and “Jumanji: Welcome to the Jungle,” among numerous other films, now numbering close to 50, and nearly 20 TV appearances.

Simone Johnson is well-known not only as Dwayne Johnson’s first-born child but also as a model, having recently secured her first professional deal with IMG Models. Simone uploaded photographs to her official Instagram page as soon as she concluded her photo shoot with her new agency, and her popularity skyrocketed. She gained her first 100,000 followers on her official Instagram page, and the number has since risen to around 450,000, making her an Instagram celebrity.

In addition to her internet notoriety, she has stretched it into show business, as she was named the first Golden Globe Awards ambassador.

Simone has been fairly successful on social media platforms, particularly Instagram, where she has used her notoriety to promote her career while also sharing certain information from her personal life, such as spending time with her family and friends.