Since his divorce from his wife, Jim Acosta has kept his personal life a secret

Jim Acosta had been married to his wife for 24 years. 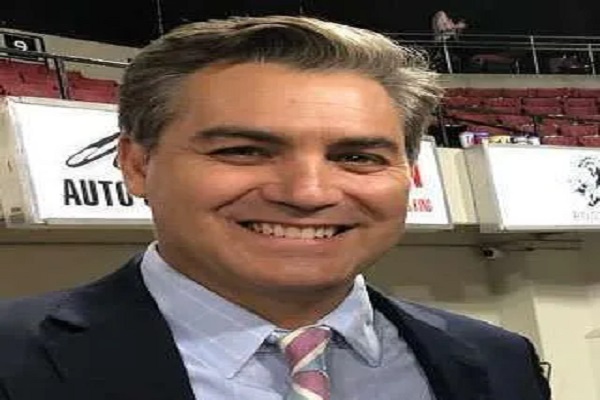 Jim Acosta, CNN’s lead domestic correspondent, is outspoken on politics and journalism. He isn’t afraid to say what he thinks, even if it means branding Fox News a “baseless” news organization.

However, since his divorce with Sharon Mobley Stow, Acosta has kept a tight lid on his personal life.

The Marriage of Acosta

Acosta was married to Sharon Mobley Stow, a certified nurse, whom he had known for a long time. They both went to James Madison University.

The couple married in 1993 and had three children: two daughters and a son. They filed for divorce after 24 years of marriage and divorced in 2017.

Acosta has never revealed the cause for his divorce or where his children are.

His Ethnicity and Age

Acosta was born in Washington, DC, on April 17, 1971, and grew up in Virginia. His father is of Cuban descent, and his mother is of Irish and Czech descent.

During the Cuban Missile Crisis, his father, who was born in Santa Maria del Rosario, fled to the United States. He moved to Miami when he was 11 years old. Later, he stayed in Virginia and started his own family, with Jim and Angie, his younger sister.

Acosta reflected on his father’s past as a bodybuilder in an Instagram post dated December 13, 2020. He also mentioned that his father had turned 70 on that particular day.

From the radio to the CNN

In 1995, he moved to television and worked for WBIR-TV as a reporter and substitute anchor. He joined CBS-owned station KTVT-TV as a reporter three years later and began reporting for WBBM-TV in 2000.

In 2001, the Virginia native served as a CBS Newspath correspondent before joining CBS News in February 2003. He went to Atlanta due to a job requirement and contributed to CBS Evening News with big stories about Hurricane Katrina, the Iraq war from Baghdad, and other topics.

Years of hard work paid off in March 2007, when he was hired as a CNN correspondent. Before being succeeded by Kaitlan Collins, he even served as the chief White House correspondent.

He presently works for the channel as an anchor and chief domestic correspondent.

What is his net worth and how does he make money?

As a well-known journalist, Acosta is sure to have a sizable fortune.

He received the 2017 Presidential Award from the National Association of Hispanic Journalists and the 2018 William Randolph Hearst Foundation Award from the SJSU Journalism School. He was also a member of the CNN team that won an Emmy for their coverage of the 2012 presidential election.

He has written a book titled ‘The Enemy of the People: A Dangerous Time to Tell the Truth in America,’ in addition to his journalistic endeavors. It soon became the best-selling book in New York after its release on June 11, 2019.

In the novel, Acosta concentrates on his coverage of Donald Trump’s first two years in office. He admits that he wants Americans to keep an eye on how the government treats journalists.

Related Posts of Since his divorce from his wife, Jim Acosta has kept his personal life a secret