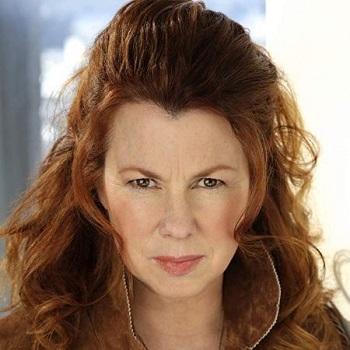 Siobhan Fallon Hogan is an American actress and comedian with a long career. Her performance on Saturday Night Live, a sketch comedy show, catapulted her into the mainstream. She has since appeared in a number of films, including Forrest Gump, Men in Black, Going in Style, and The House That Jack Built.

Siobhan is of Irish ancestry and was raised in a Catholic household.

Siobhan Fallon was born in Syracuse, New York, on May 13, 1961, to Jane Eagan and William J. Fallon. She is the second of her parents’ five children. She was raised Catholic and attended Syracuse’s Le Moyne College. The Catholic University of America awarded Fallon a Master of Fine Arts degree.

Siobhan is a stand-up comedian, a stage performer, and a TV and film actress.

Siobhan began her acting career as Abby Wolfe in an episode of The Golden Girls, a 1990 American sitcom. She had a number of little appearances on television before breaking into the mainstream in 1992 with a performance on Saturday Night Live. She had a successful run on Saturday Night Live, participating in a total of 20 episodes. She was also cast as Tina on the critically acclaimed sitcom Seinfeld.

Fallon has appeared in episodes of Law & Order: Special Victims Unit, 30 Rock, MacGyver, American Gods, Billions, and Elementary, among others. She also had recurring parts in series such as Fred: The Show and Wayward Pines.

Her film career has been much more fruitful, with roles in over 25 major motion pictures. She starred as Dorothy Harris in the Tom Hanks-led comedy-drama Forrest Gump, which won numerous Academy Awards. She also starred alongside Will Smith and Tommy Lee Jones in the film Men in Black as Beatrice.

Siobhan’s net worth is unknown.

Siobhan is a happy wife and mother of three children.

Due to her Catholic upbringing, Siobhan is a passionate Christian. As a result, she has turned down roles that go against her beliefs and denigrate women and people in general.

In terms of her personal life, Siobhan is happily married to Peter Hogan, a commodities trader. Bernadette Hogan, Peter Munson Hogan, and Sinead Hogan are the three children of Fallon and Hogan, who have been married for nearly 25 years.

Siobhan considers her family to be the most important aspect of her life, and she selects roles that represent her faith and views.