Solluminati Has a New Girlfriend – A Look at His Past Relationships 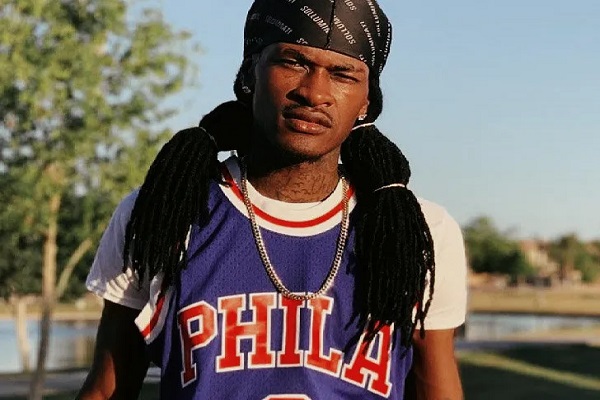 SoLLUMINATI, whose real name is Javontay Baynes, has re-entered the dating scene. He had kept his relationship status under wraps since breaking up with his partner Ash in 2019.

However, eagle-eyed followers noticed his blossoming connection with a new girlfriend in March 2021, pushing the YouTuber to declare his relationship.

SoLLUMINATI was previously linked to Ash, another YouTuber. In his eponymous YouTube channel, he chronicled their romance.

On July 4, 2018, he posted the first video with her, in which he promised never to cheat. Thereafter, the two collaborated on a number of videos, including spoof ones that deviated from the initial intention.

SoLLUMINATI and Ash’s relationship did not endure long, as they split up in January 2019.

He informed his followers about the breakup and explained the reasons for it. Because of her depression and frequent breakdowns, SoLLUMINATI claimed Ash drained him mentally. He also said that she became a hindrance to his profession.

Even after their split, SoLLUMINATI and Ash lived together

In the video where SoLLUMINATI explained why they broke up, he also claimed that his ex-girlfriend Ash was still living with him. They split up in January of this year, but they remained together until March or April.

The YouTuber went on to describe how it felt to be confined at home with a female who loved him but was no longer his girlfriend.

They’d both moved on

Ash dated an older man after splitting up with SoLLUMINATI. A user posted on one of her Instagram live videos that she was mentally ill since she was dating an older man.

She retaliated with a confession that she was already mentally sick and that they didn’t have to point it out even after knowing she was on medicine and counseling. Ash also mentioned that she suffers from a bipolar disease.

SoLLUMINATI, like Ash, has moved on and is dating a new woman.

Related: How did YouTuber SoLLUMINATI come up with his moniker?

The New Girlfriend of SoLLUMINATI is a Fitness Model

SoLLUMINATI began seeing his new girlfriend, Lily, a fitness model, in March 2021. He didn’t mention Lily in any of his stories, even if they featured her, to safeguard his anonymity.

His eagle-eyed fans, on the other hand, saw the blooming romance and contacted his girlfriend’s Instagram account.
On March 30, when Lily began an Instagram live session, her admirers pointed out that she was in his house. Some commenters even inquired as to where SoLLUMINATI was hiding, causing the YouTuber to confess in front of the camera. He became irritated and remarked that those who knew about their relationship were strange.

He claimed he was dating a fitness fanatic in a video on his YouTube channel a month later. He also mentioned that he had recently purchased a new home.

SoLLUMINATI announced his dating status just weeks after revealing his Tinder dates on March 3, 2021. On the online dating service, he had shaved his head and was looking for a woman who would accept him as he was. However, it had not worked out.