Some of QVC’s most popular hosts have been laid off, and fans are furious.

The QVC channel has a reputation for retaining competent staff. However, in recent years, the channel has said goodbye to a number of long-time hosts, citing efforts to address declining earnings. 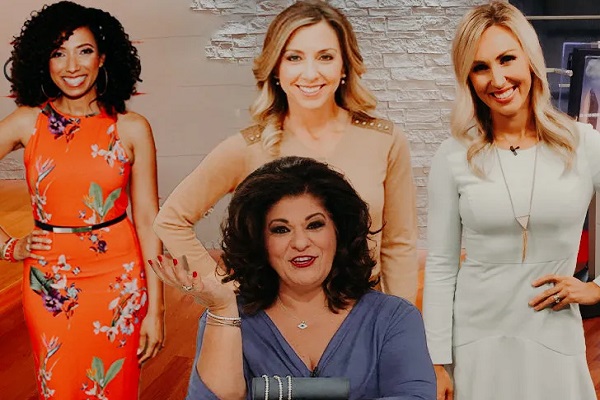 QVC is a top-rated shopping channel that specialized on home shopping and is owned by Qurate Retail Group. QVC has engaged brilliant hosts and representatives over the years as one of the premier retail networks.

However, the channel recently let go of a handful of them, including those who had been with them for over a decade.

The channel maintained that they had no choice but to do so in order to combat declining earnings, however fans of the teleshopping channel were not pleased with the decision.
QVC’s Laid-off Hosts Recently
Fans of the shopping channel’s hosts were shocked to learn that their favorites would no longer be a part of the television network in mid-2020.

Stacey Stauffer, Gabrielle Kerr, Antonella Nester, and Kristine Zell were among those that left

On July 16, 2020, all four announced their departure from QVC on their separate social media platforms.
The fact that all of their announcements were made on the same day perplexed spectators, who questioned if the reasons for their departure were identical.

Stauffer, who worked for QVC for six years, and Kerr, who joined the channel in 2007, didn’t mention anything in their announcement posts. Zell, who worked at QVC for three years, announced that she was giving up television to spend more time with her children.

Similarly, Nester, the most popular personality on the teleshopping channel for 18 years, revealed that she departed because of QVC2 programming changes.

Fans Disappointed by the Hosts’ Departure

Employee layoffs began in late 2018 as the Qurate Retail Group announced the closure of QVC’s warehouses in Lancaster and Greenville, resulting in the loss of nearly 2000 jobs over the next two years.

After its shares and revenues fell the next year, the channel sacked a few more employees.

Similarly, when the COVID-19 pandemic struck, the channel laid off a large number of personnel. As a result, viewers and admirers of the presenters who were sacked flocked to the ‘TV Shopping Queens’ threads to debate the real reason for their favorite QVC hosts’ dismissal.
According to some fans, the channel fired the hosts in the above-mentioned post due to bad management. Some people, on the other hand, said that firing those hosts wasn’t required because the company was an internet retailer that didn’t have to close because of COVID-19.
LadyNine highlighted her dissatisfaction with QVC’s decision to let go of several long-serving hosts, saying that it was nearly impossible to get employed by the firm in the past because its staff barely left their jobs.

“It is sad because QVC was the type of company that was hard to get into because its employees rarely left. It was a tight-knit crew. I put the blame squarely on their management/ownership. “

Since none of the presenters’ statements indicated that they were leaving on a bad note, it’s impossible to say whether QVC’s decision to remove its long-time hosts was a response to declining revenues or simply a case of poor management.

Despite the departure of several hosts, QVC continues to have some well-known hosts, like Alberti Popaj, Ali Carr, Amy Stran, Carolyn Gracie, and Courtney Khondabi, to mention a few.

Related Posts of Some of QVC’s most popular hosts have been laid off, and fans are furious.